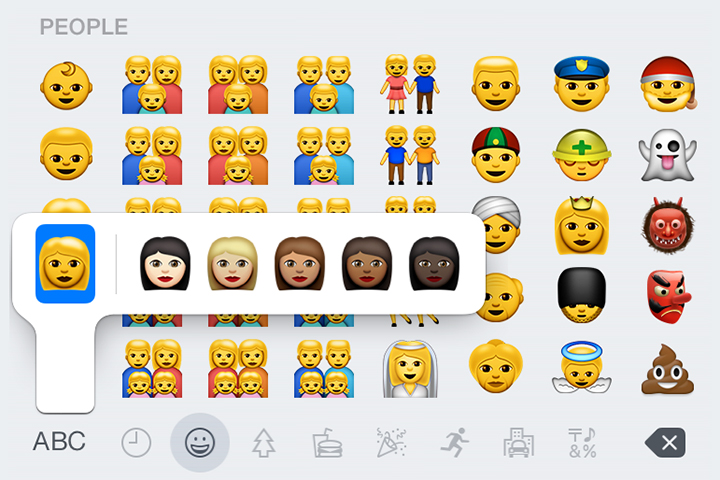 In the latest iOS update from Apple, the company have updated their emoji keyboards to give the user a choice of skin tones.

It’s an interesting move from Apple that is being received with a predictable positivity from users. It’s something that is more honest and representative of real life, while it also enables people to personalise their emojis to look more like themselves, strengthening the connection between users and these strange little faces that we’ve all come to love.

It’s not just race that has been taken into consideration, but sexuality, as Apple attempt to make a large step forwards in promoting the acceptance of diversity in societies. Emojis representing families now come with the options of two mums and two dads. Although Apple didn’t shy away from this in the past (don’t forget the emoji of the two boys holding hands), it’s good to see them taking a more bold stance here.

Strangely, the stock emojis are now even more yellow. I’d go as far as calling them gold. Also, there’s still no love for the ginger folk, regardless of their petitioning. Maybe next time.

To get the new emoji keyboards, simply update to the latest version of iOS (8.3).