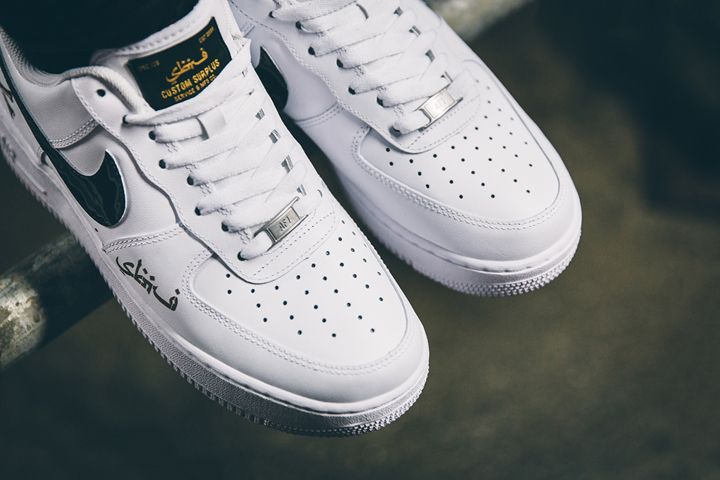 HYPEBEAST have teamed up with Singapore based sneaker customiser SBTG to create these custom Nike Air Force 1s and Air Huaraches exclusive to the HYPEBEAST Store.

Sneaker customisation is something that doesn’t usually float my boat, not because it’s bad, but because it’s usually done badly. By badly, I’m not referring to the execution, I’m referring to the fact that there’s no hope in hell that I would buy that shoe if it was a legitimate colourway and not a custom, and that’s what I feel they should be judged on. This pack, on the other hand, would make an amazing pack to come out of the Nike camp and you’d be forgiven for thinking that it had.

Taking the classic white Air Force 1 and Air Huarache as the two base sneakers for the project, SBTG applies the military styling that he’s known for, including ‘AWOL camo’ paint, gold painted branding and a custom tongue label. This is how you do customs!

Quality and exclusivity don’t come cheap, with the Air Force 1 retailing at $280 and the Air Huarache at a cool $500. Both can be found exclusively at the HYPEBEAST Store now. 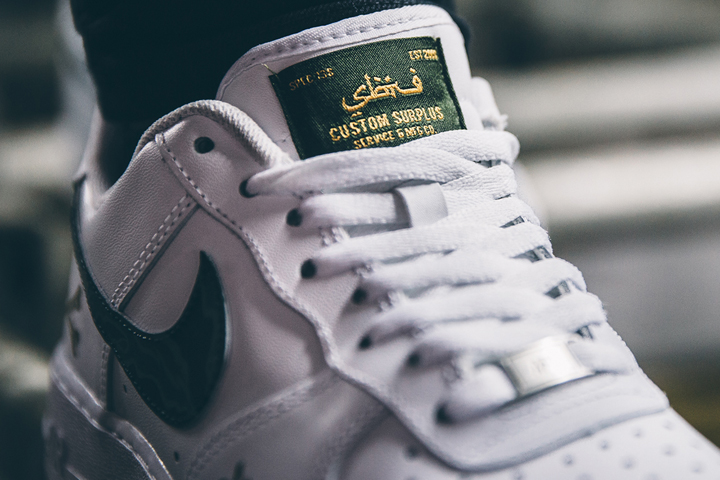