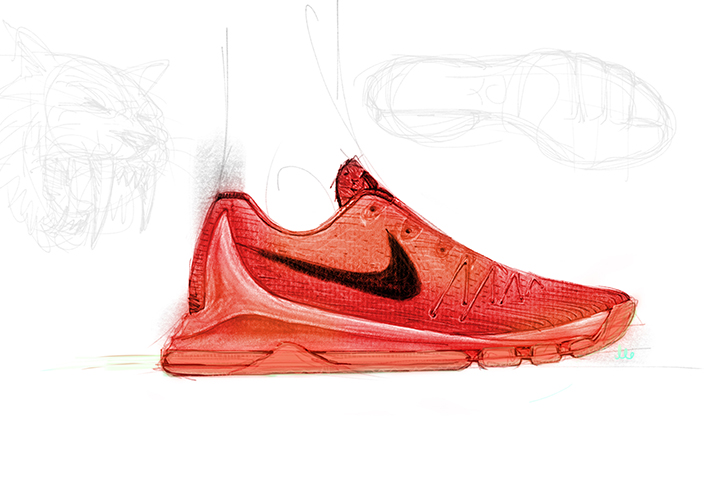 In an interesting move, Nike have released the original sketch of the forthcoming KD8 sneaker by Leo Chang to start the hype train.

It’s not the first time  that Nike have used their designers’ handy work as an asset, having done similar with the Air Yeezy II back in 2012, but I don’t recall them ever releasing it ahead of any other info as a teaser. It’s a wise move and when you’ve got designers knocking up artwork like this, why wouldn’t you use it?

The KD8 is the most technologically advanced Kevin Durant pro model to date (not that they’d ever step backwards on this) and takes inspiration from the Saber-Toothed Tiger, giving it a mean saber-tooth detail on the heel. So far, that’s the only info that Nike have released, but as you can tell from the sketch, the KD8 will also feature visible FlyWire on the exterior. Personally, I think this could be the best KD shoe to date.

More info soon. For now, check out the other Kevin Durant shoes while you’re waiting, as well as our interview with Leo Chang.

Design For Basketball: Leo Chang talks about the…