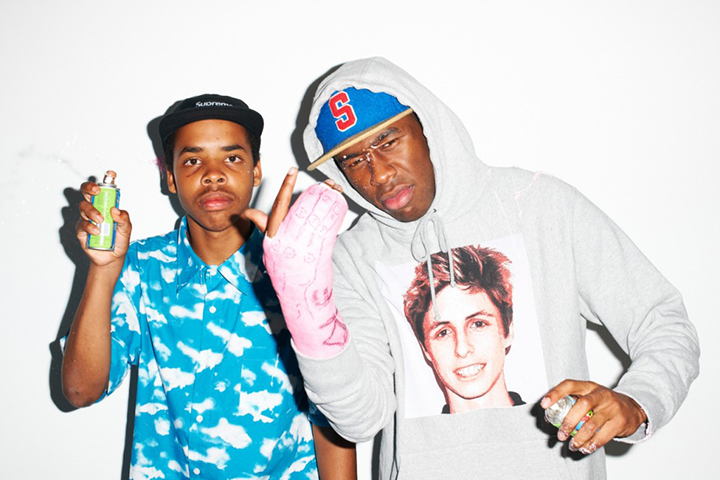 Well, there we have it. It seems as if Odd Future is no more after Tyler, The Creator took to Twitter to talk about his experiences with the group and implied the conclusion of an era with his second Tweet. The Tweet, which reads, “although its [sic] no more, those 7 letters are forever”, represents the end of OFWGKTA (seven letters).

With Odd Future having had a strong presence globally, part of the “brand” revolved around their clothing. During their England tour in 2012, they opened up a pop-up store on 91 Brick Lane, where they sold some of their exclusive tees, hoodies, and a host of other things.

With Frank Ocean having already left the group, Earl Sweatshirt having released I Don’t Like S**t, I Don’t Go Outside: An Album by Earl Sweatshirt this year and Tyler, The Creator following up Wolf with Cherry Bomb it seems like the split was bound to happen.

although its no more, those 7 letters are forever.

Main Source Back To The Future Installation