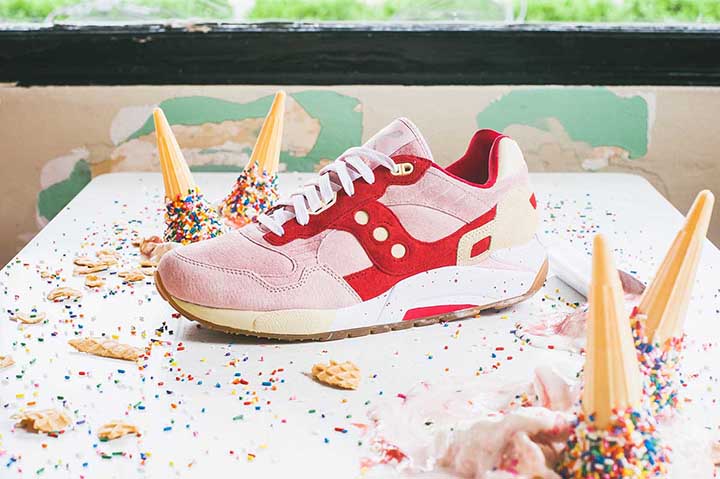 After the first instalment of the ‘Scoops’ pack by Saucony Originals, the second offering sees the brand take inspiration from another classic ice cream flavour: vanilla and strawberry.

The pack contains two hybrid silhouettes which blend some of Saucony’s most coveted heritage styles: the G9 Shadow 5 and G9 Shadow 6. With elements from the Grid 9000, Shadow 5000 and Shadow 6000, it’s a continuation of an experiment that was first brought to life through  a collaboration with Bodega back in 2012.

The G9 Shadow 6 here features a palatable vanilla and strawberry inspired colourway, which is made up in premium suede. Those speckled details on the outsole will leave you with childhood memories of Hundreds & Thousands and that gum outsole is, well, the icing on the cake… or ice cream.

Available on 15 May at selected Saucony retailers. 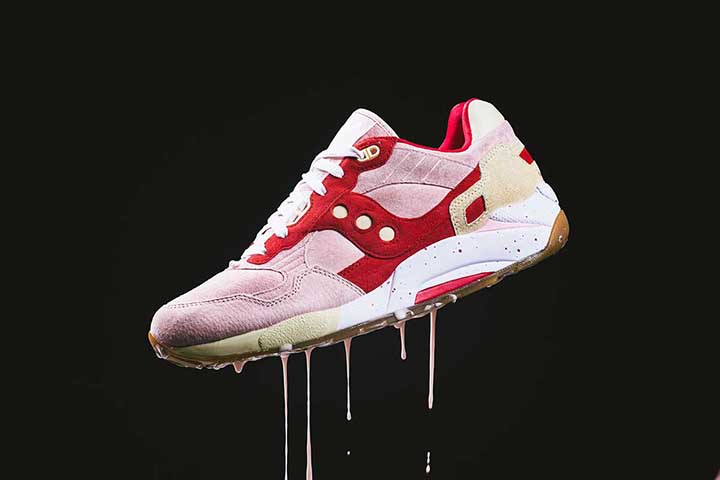 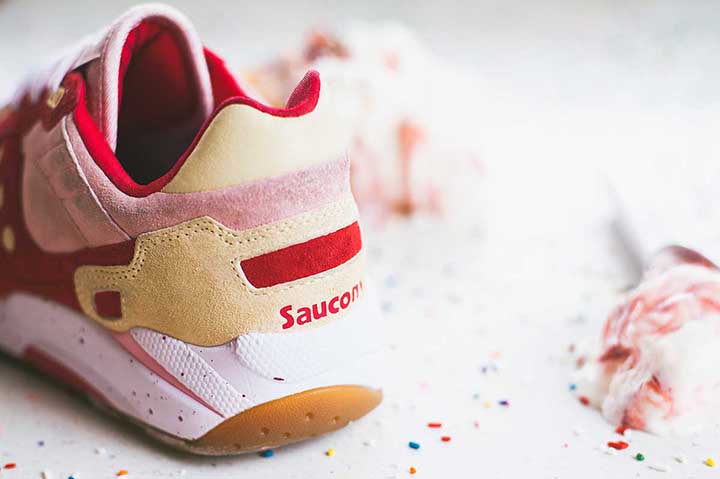 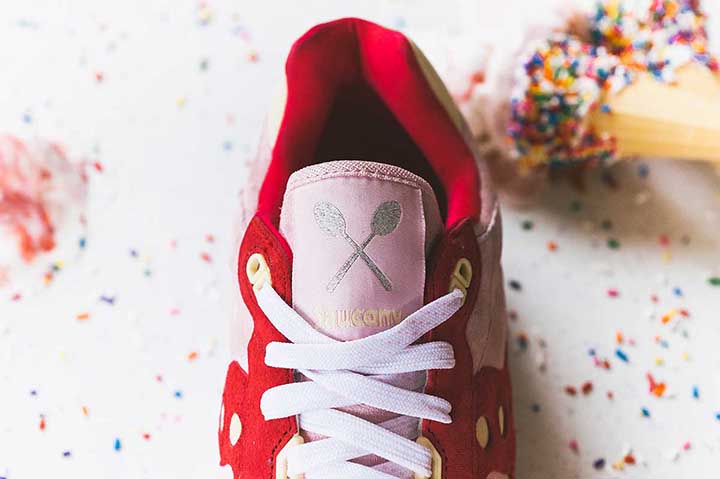