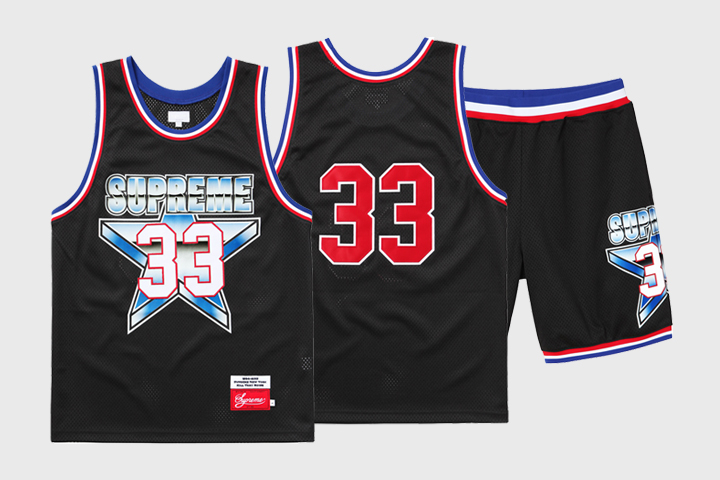 Supreme put their own spin on the NBA All-Star kit, giving it a retro feel that’s not far off what the official kit looked like this season.

Supreme are cutting it close here, with this kit sharing a lot of similarities to the official adidas All-Star game uniforms, mainly visible in the detailing around the sleeves and neckline. It’s also a bit odd that these are coming out now, rather than around February when the game took place in New York (which the East Coast lost). It could be an afterthought, it could be due to the kits making more sense in a Summer collection, or it could be to avoid the heat of dropping this at the same time as the official hype. Who knows, maybe it’s all of the above.

Big chrome branding features on the front of the jersey, along with the number 33 which is repeated on the back. The chrome Supreme branding also features on both legs of the shorts, as does a small red Supreme tab on the back zip pocket.

A couple of classic colourways here, teamed with a couple of contemporary ones for the more brave amongst us.

All are available now in-store and online from Supreme. 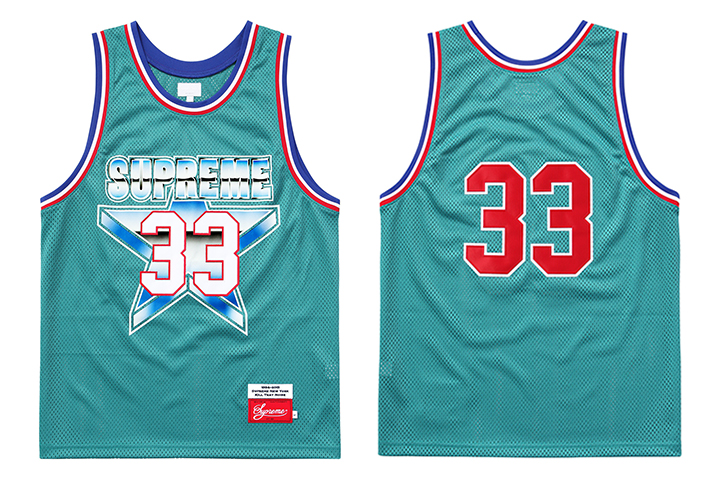 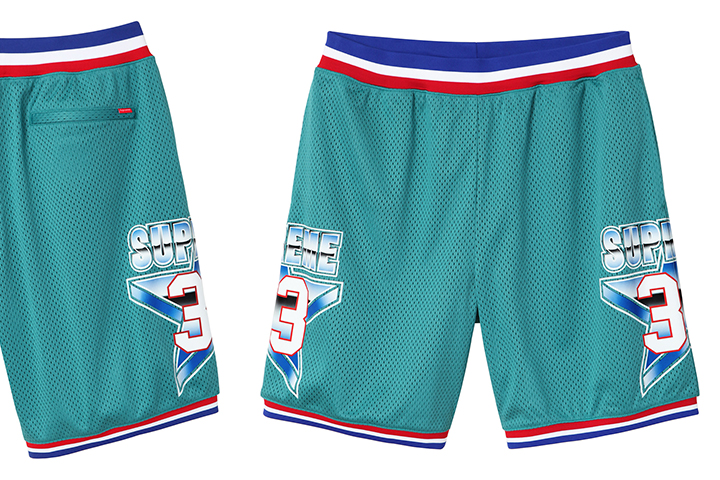 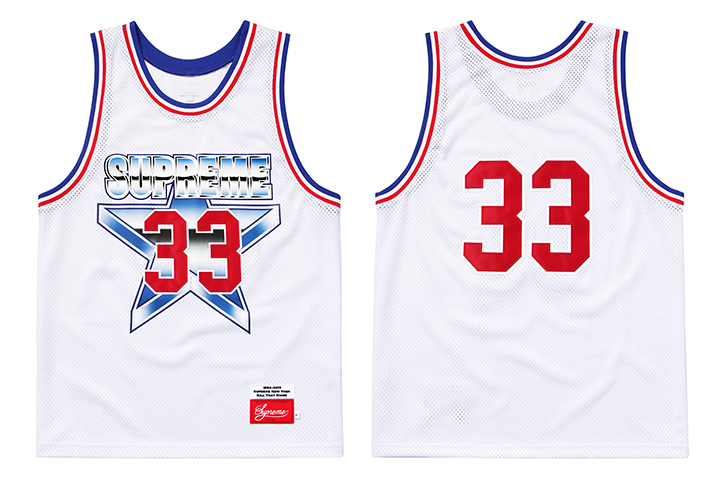 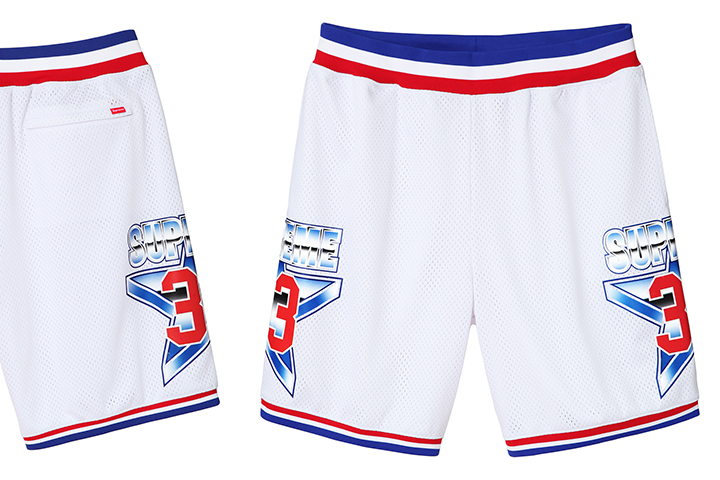 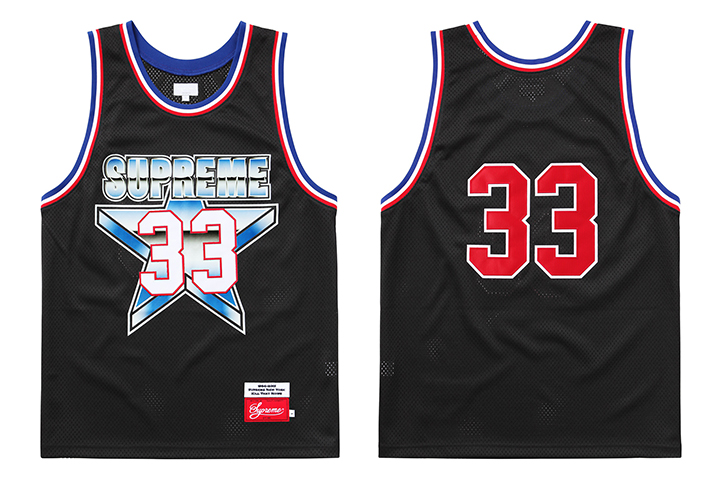 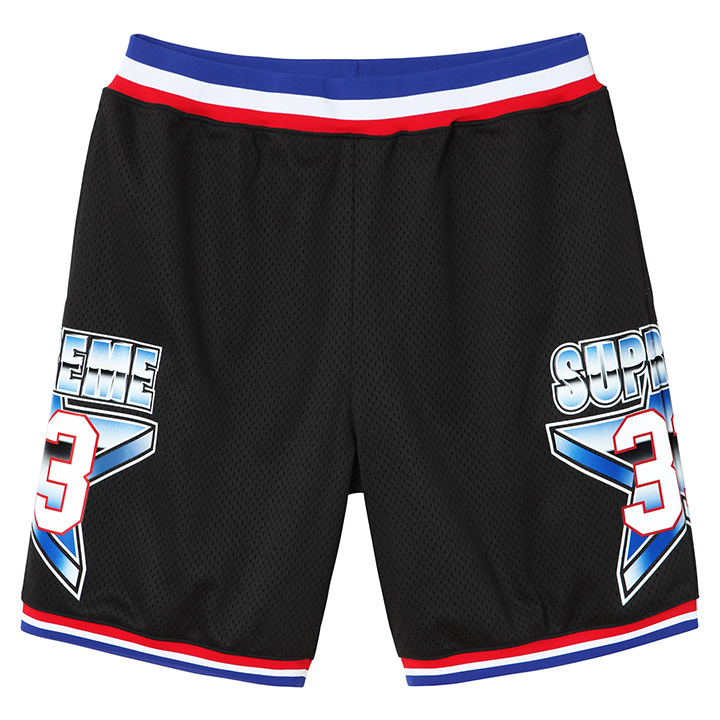 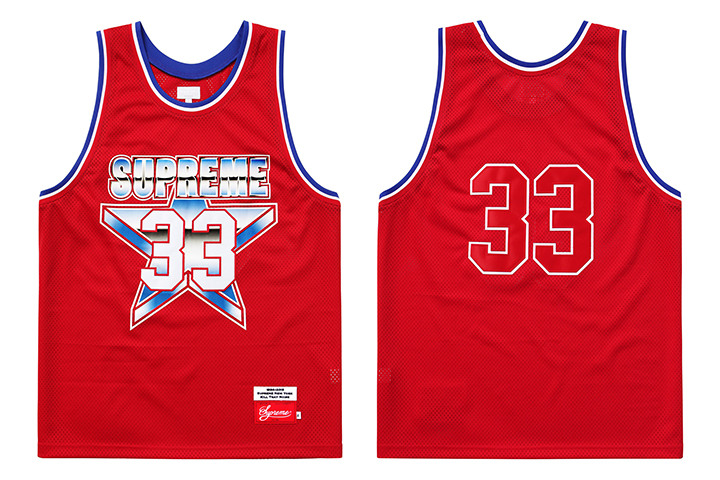 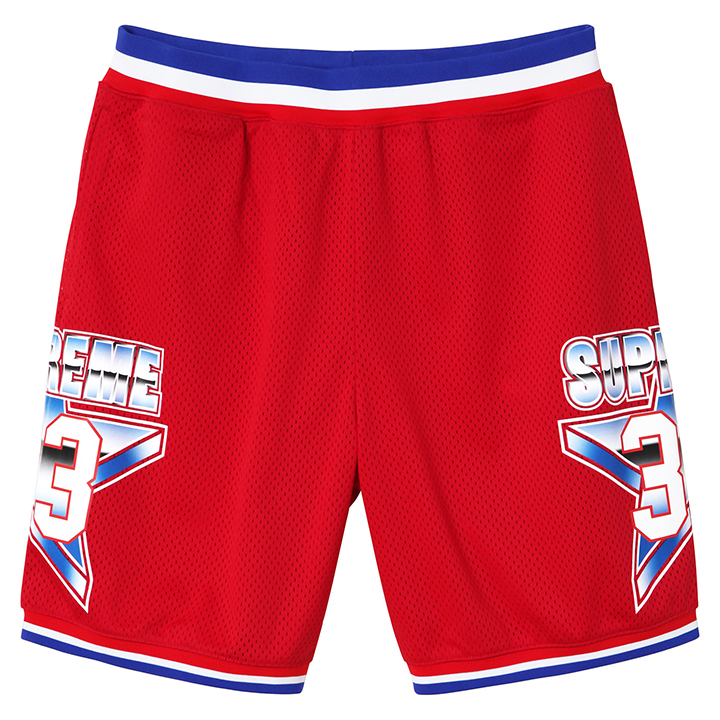