Warning: "continue" targeting switch is equivalent to "break". Did you mean to use "continue 2"? in /nfs/c08/h04/mnt/122689/domains/thedailystreet.co.uk/html/wp-content/plugins/wp-author-box-pro/includes/ReduxFramework/ReduxCore/extensions/customizer/extension_customizer.php on line 442
 Nike vs. the sneaker bots: is this the future of the sneaker industry?

While change is always hard to cope with, for many, the news Nike put out on their Twitter feed last Saturday might have come as a sigh of relief.

Nike US cancelled the online releases of the highly anticipated Air Jordan 1 ‘Pinnacle’ and Air Jordan 1 ‘Chicago’. What was likely to be two of the most coveted releases of the calendar year resulted in widespread discussion of the sneaker industry and how stockists would approach releases after Nike made this statement.

If you haven’t read it already, this is the follow statement Nike released regarding the situation:

Nike is committed to creating the most premium experiences for our consumers online. Bots have been compromising the experience around specific products. We’re working hard to make sure real consumers are the ones getting access.

For me, the questioned loomed large; what does this hold for the future?

Sneaker collecting for me has always been about “copping” the releases I like. No, I am not a self professed sneakerhead, or collector, but just someone who has a strong interest in the topic. My collection does not take up a whole room, instead it probably takes up four shelves in my cupboard. But for many, sneakers can be a livelihood, and I have found, even with heavily stocked releases such as the Air Jordan 4 ‘Columbia’ or the Air Jordan 10 ‘Bulls Over Broadway’, my attempts to acquire them were put on a standstill because of the use of bots on many of the websites stocking the shoes. My experience trying to buy the aforementioned ‘Columbia’ release particularly.

Firstly, to give some background to the story, I have lived in New York City so I have connections, meaning I have two opportunities through Nike EU and Nike US and the retailers within those regions, to acquire sneaker releases. While the latter is likely impossible due to the magnitude of the usage of bots, Nike EU tends to be an easier process.

That was not the case on this fateful day.

I had woken up at 6:30 a.m. on a Saturday due to my finger having slipped and set my alarm on my phone to an hour earlier than intended. I was woken up to the sudden sound of Quintana Pt. 2 off of Travi$ Scott’s mixtape Days Before the Rodeo Prayer. Immediately my day was not off to the start I intended for it. As I killed an hour, I started going on popular sneaker sites, looking at some of the retailers stocking the Air Jordan 4 ‘Columbia’ in the U.S. in case I were to strikeout in the U.K. 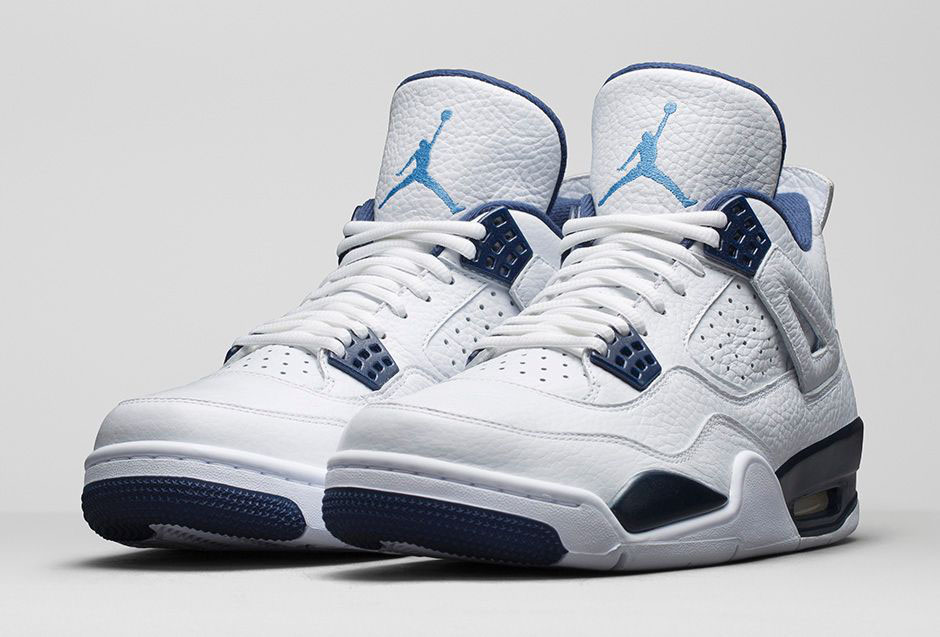 That was to be the case as at 7:59, as the clock ticked down, I moved my cursor ready to pounce and acquire the sneakers I had woken up much earlier than I usually do on a Saturday for. The result? A feeling of regret over losing a significant amount of sleep over an empty cart on two different occasions.

As I am writing this, I have now seen that Nike has cancelled the online releases of the Air Jordan 5 ‘Poison Green’ and the Air Jordan 7 ‘N7′, meaning that until the bot problem is combatted, Nike might be putting a stop to their exclusive releases online. Now, what does this mean for the future of the industry?

To me, the future of the industry is more reliant on Nike’s production than their release system. While Nike is taking a commendable stand against a problem sweeping the sneaker community, the likelihood of them being able to stop it with the cancellation of their online releases is slim to none. With other stockists such as END., size?, Eastbay, Footlocker, and Jimmy Jazz still proving to be essential to collectors on release days, Nike isn’t going to stop the bot culture single handedly. Surely there must be a way to block bots from their website rather than blocking everyone and everything from purchasing their products online?

While other problems such as buying for the sole purpose of re-selling do exist in the community, problems surrounding servers and bots can be solved to an easier extent. Nike taking a stand is a start and a public confrontation of bot-culture on this scale is a powerful thing, now others must join in is these issues are to be tackled.