Warning: "continue" targeting switch is equivalent to "break". Did you mean to use "continue 2"? in /nfs/c08/h04/mnt/122689/domains/thedailystreet.co.uk/html/wp-content/plugins/wp-author-box-pro/includes/ReduxFramework/ReduxCore/extensions/customizer/extension_customizer.php on line 442
 Recap: Berlin Festival 2015 Last weekend we headed over to Germany for Berlin Festival, soaking up the sun, watching some interesting live acts and listening to plenty of Techno.

I love Berlin. Let me get that off my chest before we go any further. It’s a city like no other, a place that feels so calm and creative, seeming to lack a lot of the pressure that cities like London hold. Maybe I have a warped perspective, but that’s how it feels every time I visit.

Last weekend saw the annual Berlin Festival take place at the awesome Arena Berlin, a crazy industrial location that houses a multitude of warehouses and industrial buildings for Berlin Festival to take advantage of, which they did. From the aircraft hanger style Main Arena to the various smaller club-vibe rooms, the festival had a bit of something for everyone. Personally, I’ve always been a fan of the more intimate locations and so as much as I enjoyed the Main Arena, I found myself continually being drawn to the smaller stages, obviously taking a bit of time to relax by the swimming pool that sits in the River Spree (it’s pretty surreal).

As for music, I’m told that last year the line-up leant a lot more towards the Pop and Indie genres, but this year seemed to be putting an intense focus on Techno and House and pulled in some huge names such as Robert Hood, Richie Hawtin, Seth Troxler, Âme and Underworld. To be honest, being in Berlin that makes sense. As much as I love Techno, which is a lot, I was happy to see some alternative programming taking place on the smaller stages such as Glashaus, which had the likes of RATKING, Zebra Katz, Kelela and Shlohmo. Alternative, but not too far removed that it felt out of place at all.

After a long weekend of good music, good food, good company and minimal sleep, I think it’s safe to say that I left a part of my heart in Berlin, as per usual. 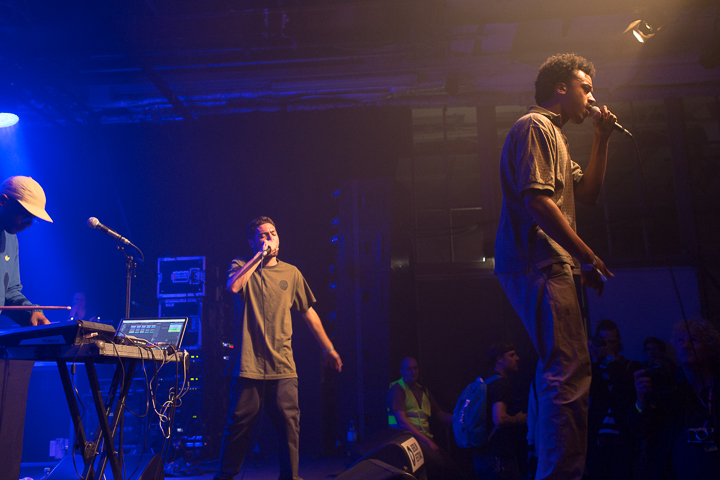