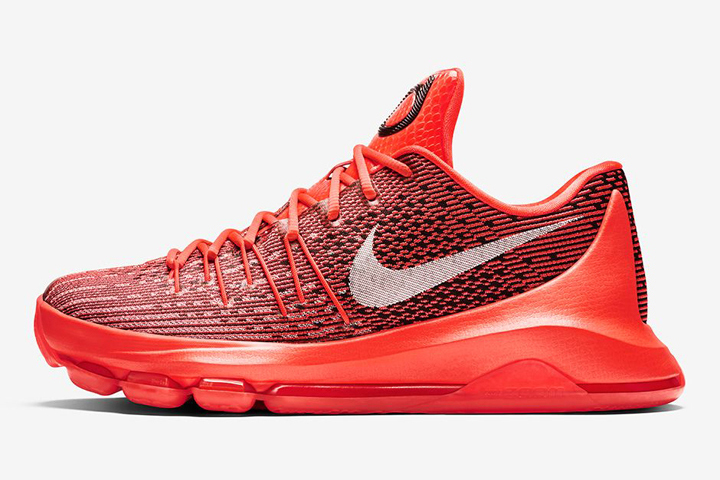 Nike present the latest colourway of the Kevin Durant KD8; the ‘V-8′, inspired by one of KD’s own cars.

Taking inspiration from a 600hp muscle car that Durant purchased after being drafted, the sneaker is head-to-toe in Cherry Red (or Bright Crimson as it’s officially being called on the sneaker), as is the car. Supposedly, the V-8 boasting beast is a representation of Durant’s offence on the court. Whatever it is, it makes for a tasty red colourway of the KD8.

The all-red sneaker trend isn’t slowing down and Nike definitely aren’t showing any sign of retiring it since they set the internet ablaze with the Yeezy II ‘Red October’, not that red sneakers had never been done before, but they will forever hold that comparison. 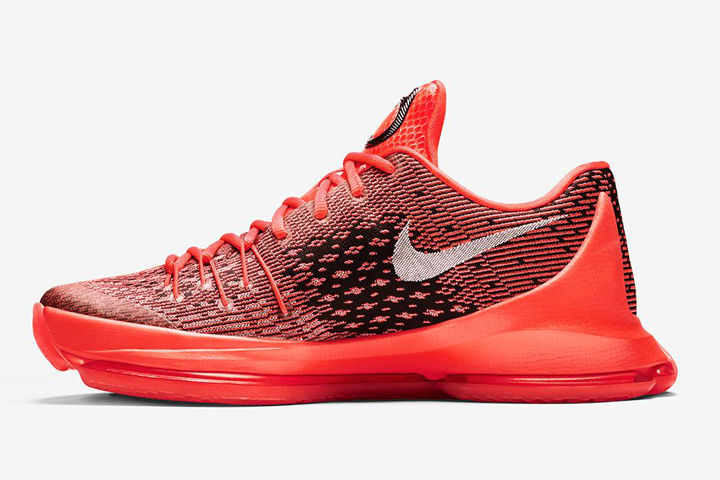 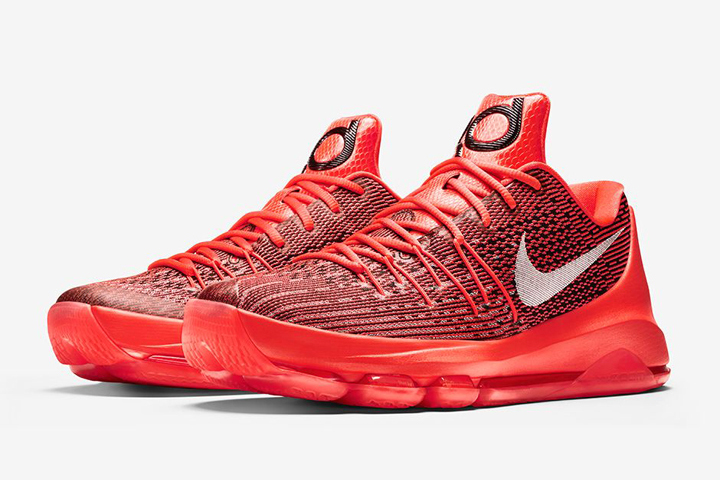 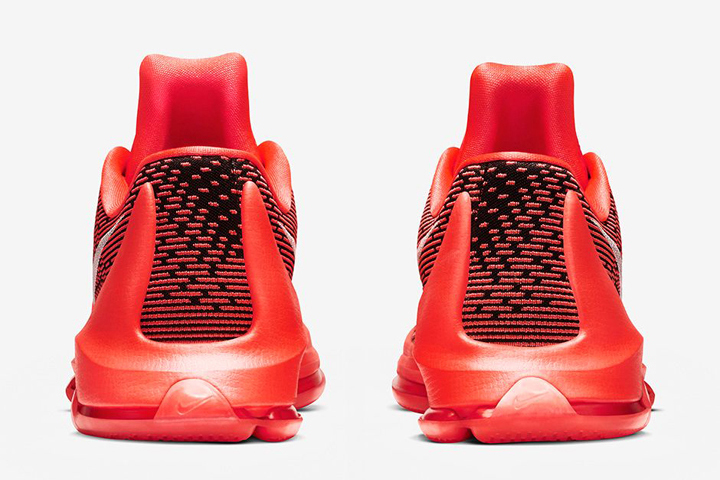 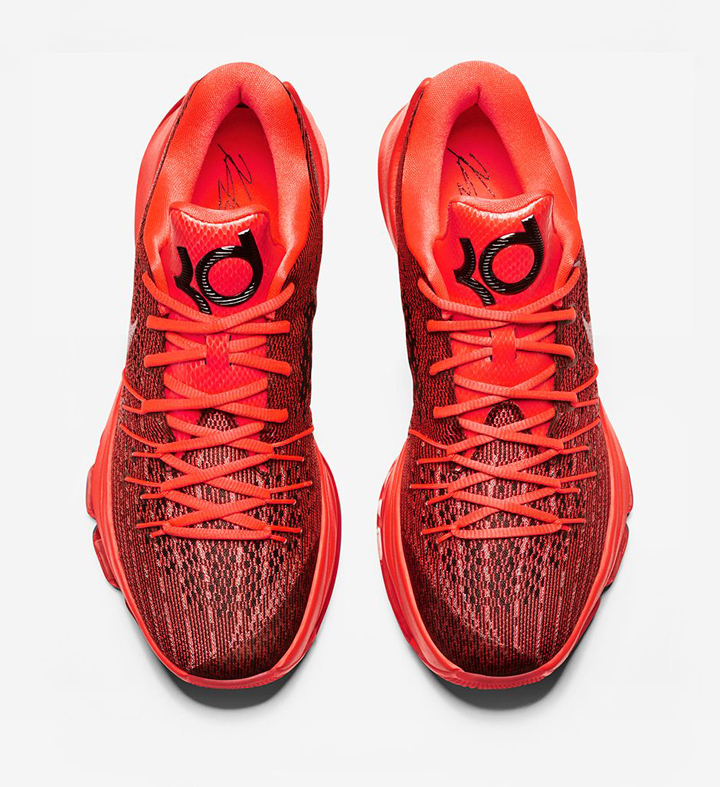 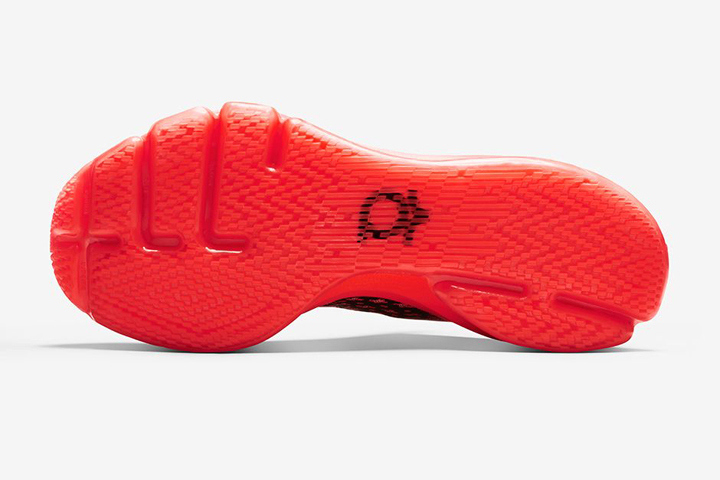