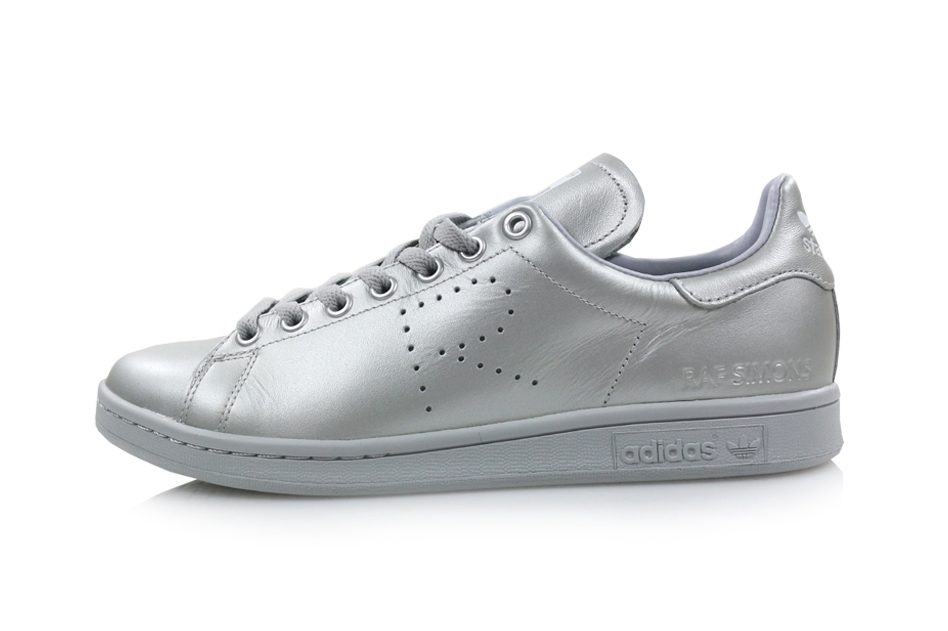 Hot on the heels of the announcement for the upcoming Spring/Summer 2016 collection, comes the release of the adidas Originals x Raf Simons Fall/Winter 2015 collection. adidas have released five new colourways of what is perhaps the ultimate go–anywhere fashion sneaker.

Shying away from the rather outlandish take on performance runners in the previous adidas Originals x Raf Simons collections, the Belgian designer has elected to continue with the more understated, heterochromatic approach to the iconic Stan Smith. While the majority of the sneakers come in more muted tones, the show–stealing silver colourway is a subtle nod to the metallic versions coming in the next collection.

Sticking to a winning formula, we see the return of a perforated ‘R’ detail on either side of the shoe, the ‘Endorsed by Raf Simons’ tongue label and an embossed ‘Raf Simons’ on the heel. The subtle details and simple wearability have made these a favourite on the street style scene, and there’s no indication of this slowing down with this release.

Head over to Hanon to pick up your favourite colourway now; or if you’re not feeling any of these you can expect to see the rest of this collaboration released later this month. 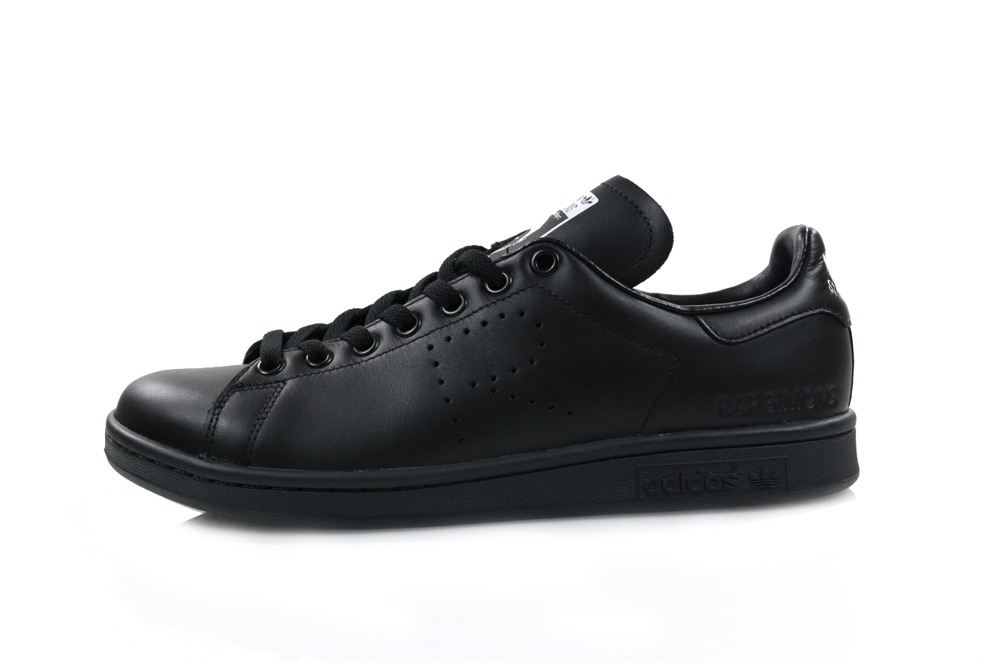 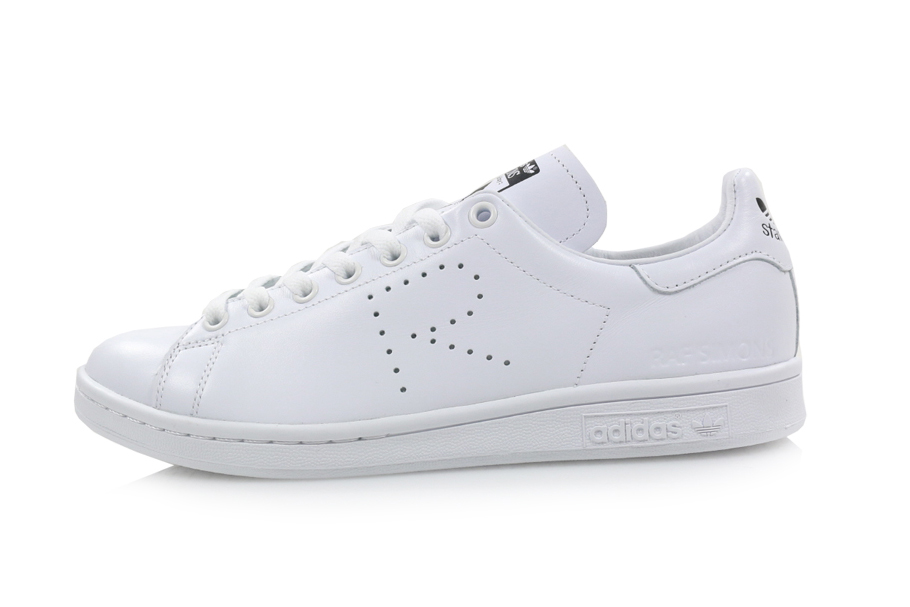 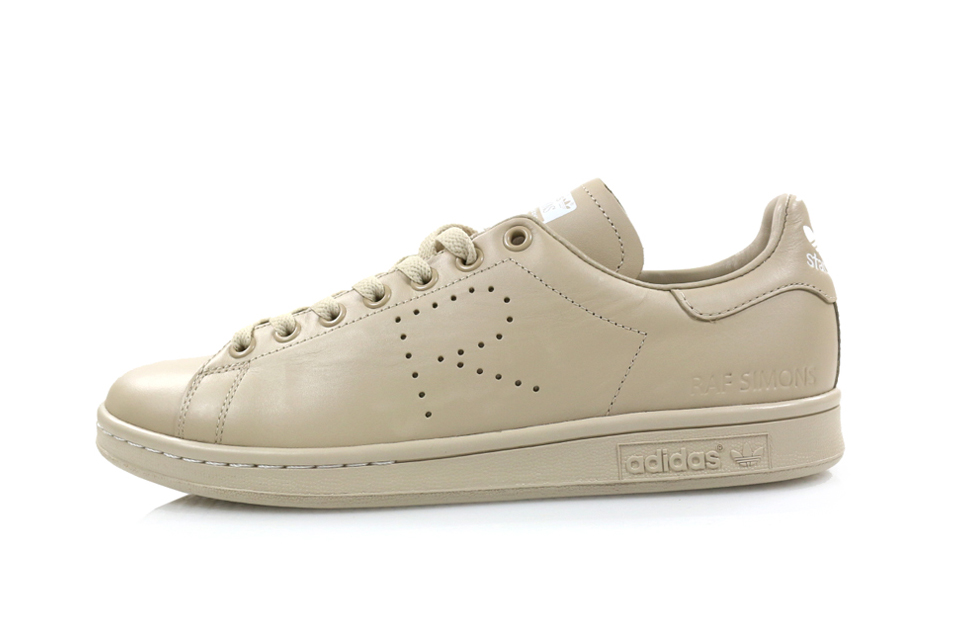 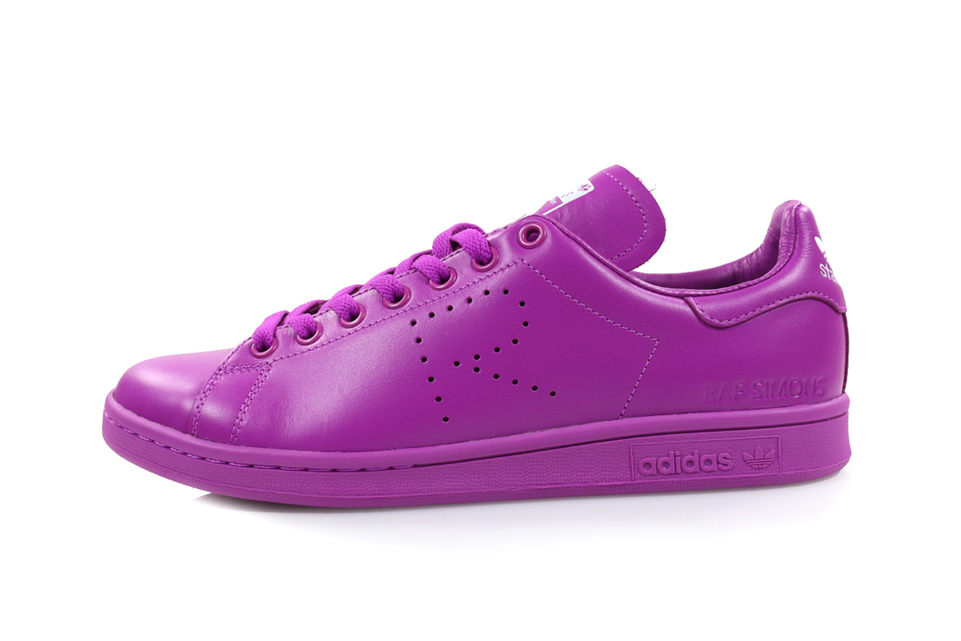 Having worked in marketing for various brands, Ellis now works in the fashion industry with an independent London designer. At The Daily Street, Ellis voices his opinion across a variety of subjects, in particular, music and fashion.