Last week adidas Skateboarding took over a wet Mile End Skatepark to host the #BOOSTTHEBAR contest in association with Parlour.

Having started off as such as nice day, it was a shame that the heavens decided to open just before the contest kicked off. A few hours were killed on the mini ramp and at the Lucky Chip burger van before people couldn’t wait any longer and started to squeegee the park to begin the contest. Props to those who were first up on the obstacle, while the floor was still pretty untrustworthy. If you’ve ever skated Mile End when it’s wet, you’ll know how slippy that place gets.

Early doors it was kept simple, with the leading trick being an ollie, but it wasn’t long before the comic commentary from Ben Powell of Sidewalk began to take effect as he baited people into trying harder and harder tricks. Shouts to the guy who landed the fakie heelfip, that was crazy.

A few slams, some tasty tricks (including a kickflip late shove), and the contest was over. Back to the burger van before the obligatory free garb throwout took place in the bowl and it was time to call it a day. 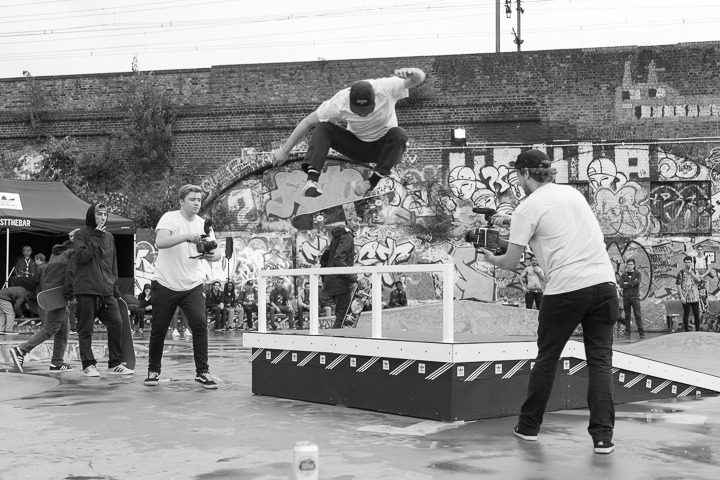 The Daily Street Burger by Bukowski