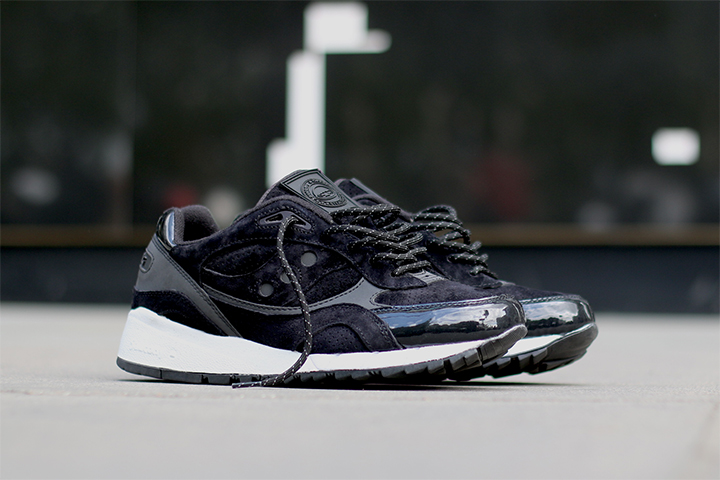 There’s been a nice little build up for this release, with both Saucony Originals and Offspring teasing various short video clips on social platforms to get people excited, but give nothing away. It comes as no surprise that people have been eager to see this Stealth themed collaboration after the success of the Offspring x Saucony Originals Shadow 6000 ‘Running Since 96′ last year. Interestingly, Offspring have stuck loyal to the Shadow 6000 on their second collaboration, but this time have opted for no colour whatsoever, something that I’m told is a first for Saucony Originals.

An murdered out upper comes correct with the bright white midsole (which actually features hidden 3M speckling) and black outsole on this one. Personally, I think the patent leather is a mistake, but it doesn’t ruin the shoe, and I’m well aware that for everyone that doesn’t like it, there will be someone who loves it. Tonal branding is executed to perfection with the use of embossed rubbed on both the tongue and heel. Some rope laces that look like their from a hiker’s darkest dreams, teamed with the 3M paneling on the upper, finish the project off strong.

This one comes in both guys and girls sizes, wrapped in aeronautical blueprint paper and including a few Stealth themed goodies such as stickers and a trump card.

This is of course an exclusive, dropping on 15th August with a price tag of £110 only at Offspring. 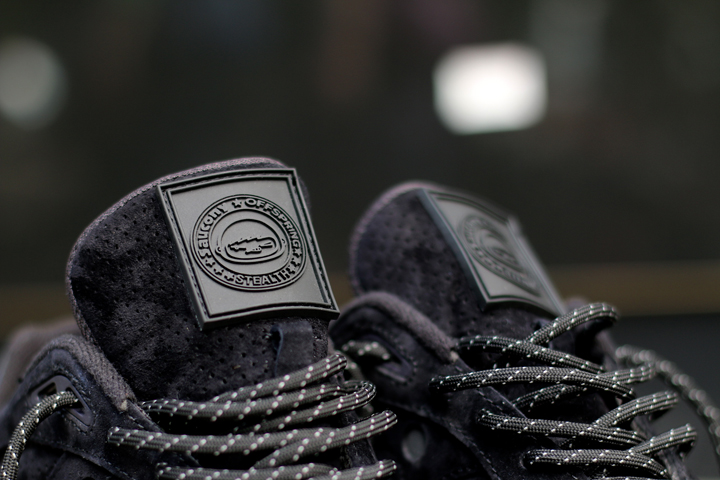 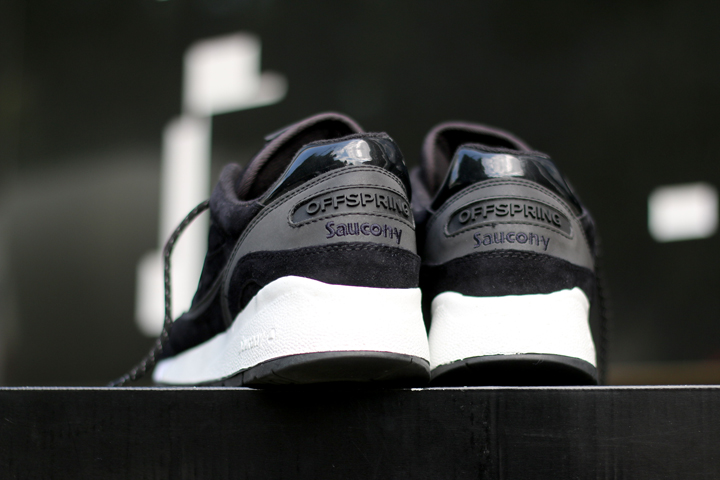 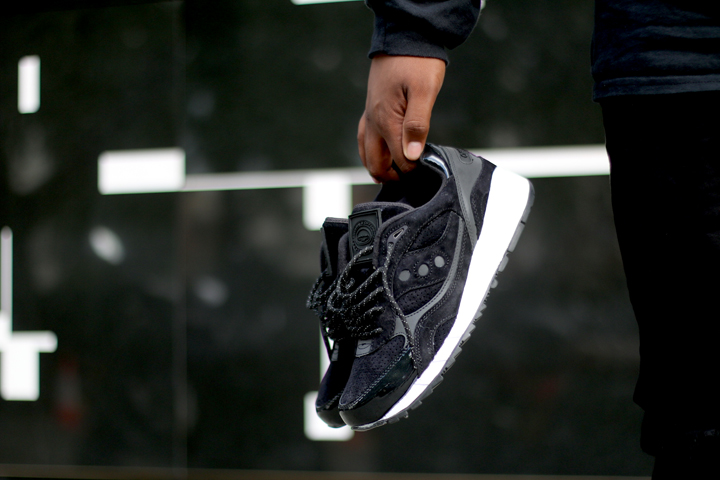