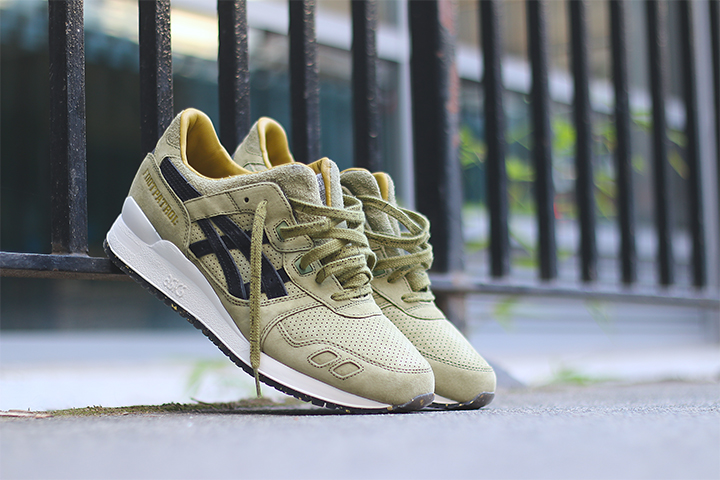 This year marks the 25th anniversary of ASICS’ best known and most loved lifestyle silhouette, the GEL Lyte III. To celebrate the occasion, ASICS have teamed up with their most influential retail partners around the world to produce commemorative collaborations. This month was the turn of Footpatrol, the London-based sneaker landmark and collaborative powerhouse.

Taking heavy inspiration from the store’s gas mask logo – a symbol of conflict and struggle for many Britons during World War II, but also one of togetherness during times of desperate need – the ‘Squad’ was born. The colour palette lends perfectly to this theme, with an olive branch colourway and black accents inspiring a military overtone fitting of the concept behind the shoe.

When it comes to producing an exclusive and desirable sneaker, quality and attention to detail are all important. In hand, these kicks do not disappoint. Made largely of perforated pig skin uppers, featuring a hairy suede split tongue and a sand coloured leather lining, the materials chosen are premium and on point.

While I’m impressed by the quality of the build and materials used, I’m a details guy, and it’s the details that propel these kicks to another level. Some have expressed disappointment that the shoe does not feature the gas mask logo on the heel, but I’m thankful it doesn’t. With the shoe embodying the gas mask itself, embossing the “FP” logo in gold on the heel moves away from concept overkill, and instead tastefully embellishes the shoe with a stamp one could imagine featuring on military hardware like a gas mask.

Then there are the laces. Usually, I would flip a pair of laces out and replace them with an upgrade, but these are staying put. At first sight, the laces seem to have random black dots and dashes along them that make no sense unless you happen to be a cryptologist. In a subtle expression of historically relevant detailing, the dots and dashes actually spell out “Footpatrol GEL Lyte III” in Morse code. With that level of attention paid to the shoe, it’s one I will be leaving OG.

One definitely not to be missed, the Footpatrol x ASICS GEL Lyte III ‘Squad’ will be available in-store and online on Saturday 29th August at Footpatrol and ASICS Tiger premium retailers globally, with an RRP of £120. 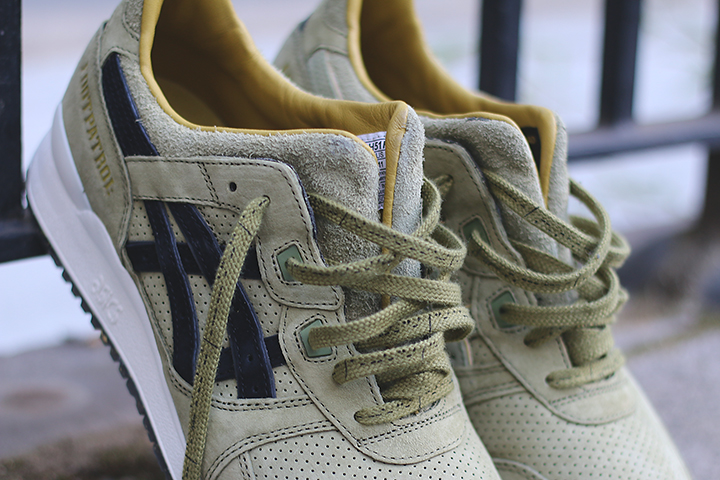 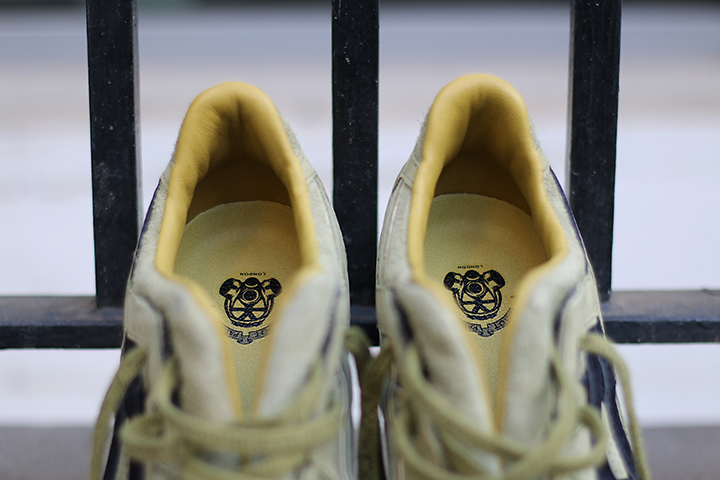 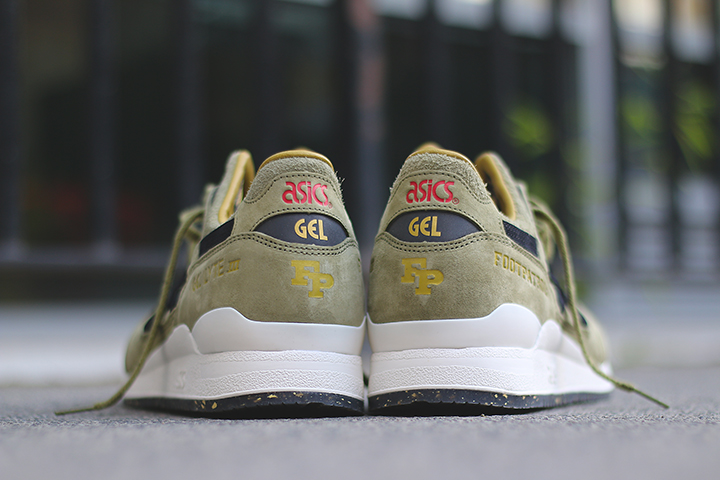 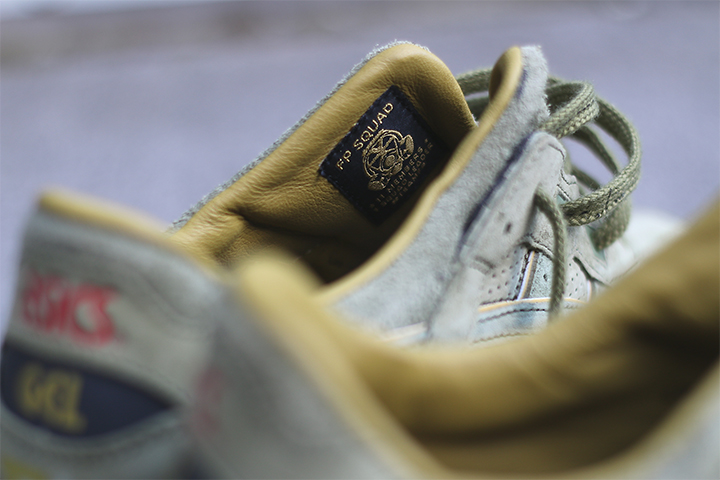 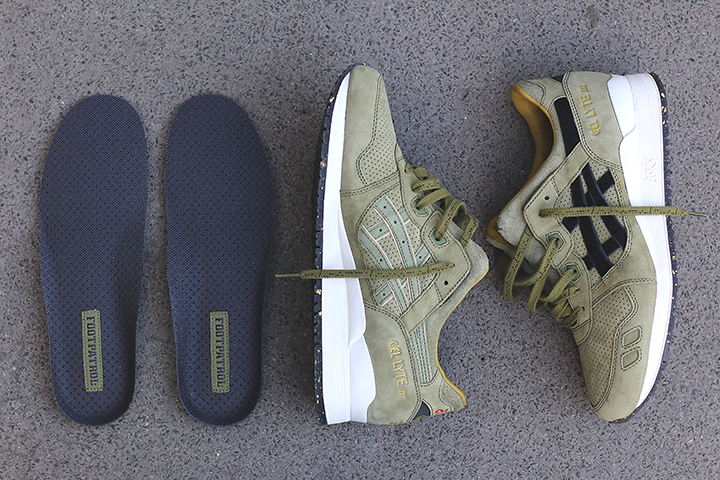 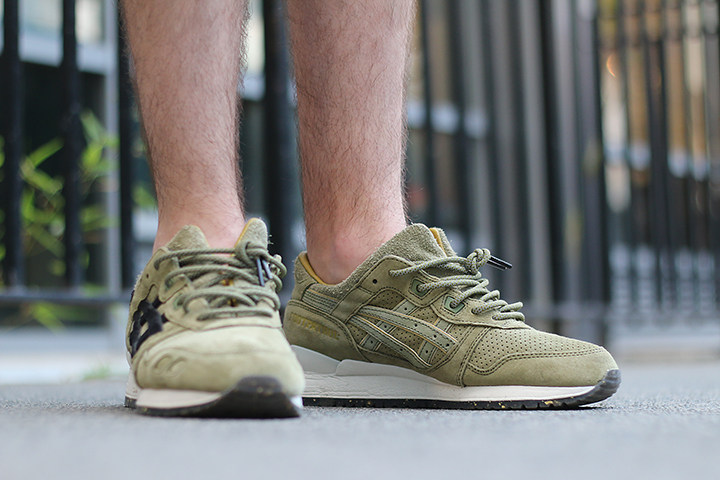 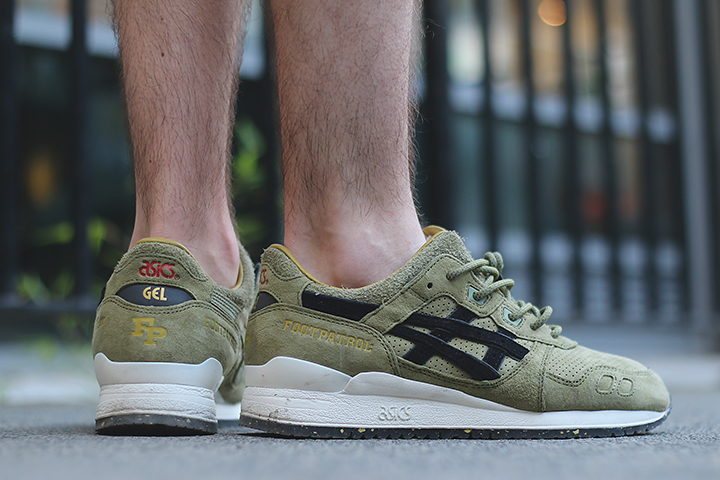