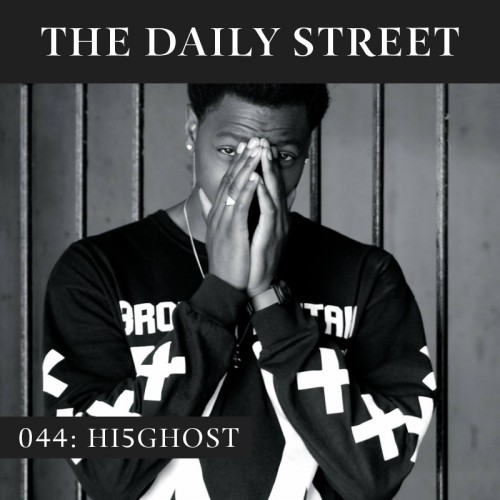 The latest edition of our mix series is here, featuring one of Bristol’s most exciting young artists, Hi5Ghost.

The levels of which grime has reached over recent years probably wouldn’t have happened without the healthy backbone that is the instrumental sect of the grime scene. Bristol is an integral city for instrumenal grime when considering the dedication and unique sounds the talent of the city is pushing out. The efforts of labels like Bandulu, Sector7 and Paper Cranes are recognised in the timelaboured dedication to vinyl and dubplate culture. The city’s grime scene is the newest mutation in the extensive continuum of Bristolian dubplate and soundsystem culture.

Hi5Ghost is in the midst of this scene. Growing up in London with preexisting links to Bristol’s underground music scene, it’s no wonder Hi5Ghost found himself amongst dubplate enthusiasts backing the grime sound. For a few years he was an active host and MC on the Bristol circuit in turn linking up with the likes of Kahn, Neek, Boofy and Lemzlydale, all affiliates of the aforementioned labels.

Releases such as Kung Fu Kick on Bandulu records have rocketed the reputation of Hi5Ghost into most grime fans recognition. Last year also saw the launch of his own imprint Paper Cranes, another stellar addition to the roster of solid vinyl labels from Bristol.

The track list for the mix that we have been blessed with stretches beyond grime, kicking off with some trappier numbers, some of wich from Wu Yen, another moniker from Hi5. As the mix progresses into heavier sounds of grime, we hear a range of new and exclusive bits from the likes of Lamont, Trends, Grim Sickers and OH91.

TDS Mix 044: Hi5Ghost by The Daily Street on Mixcloud