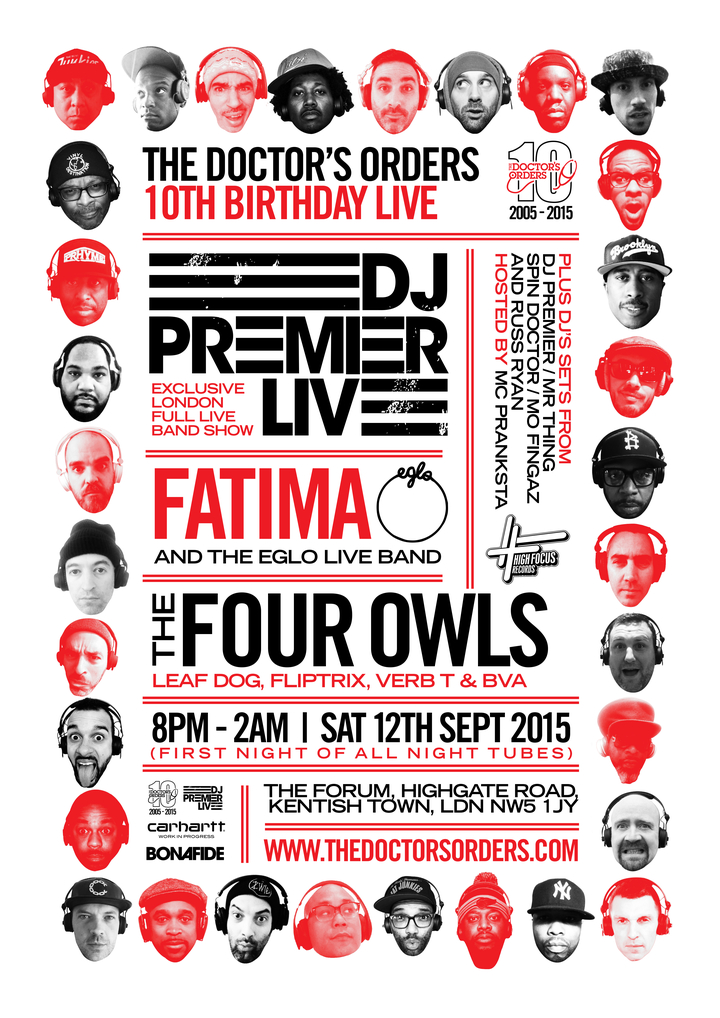 Legend and icon Dj Premier will performing live with a band as will UK artists such as Fatima and the Eglo Live Band aswell as The Four Owls (Leaf Dog, Fliptrix, Verb T and BVA). It is great to see the night play host to a mix of US talent as well as home grown, this looks to be a great night so if you can make i would strongly recommend checking it out.

Advance tickets on sale now for £25 direct from The Doctor’s orders. 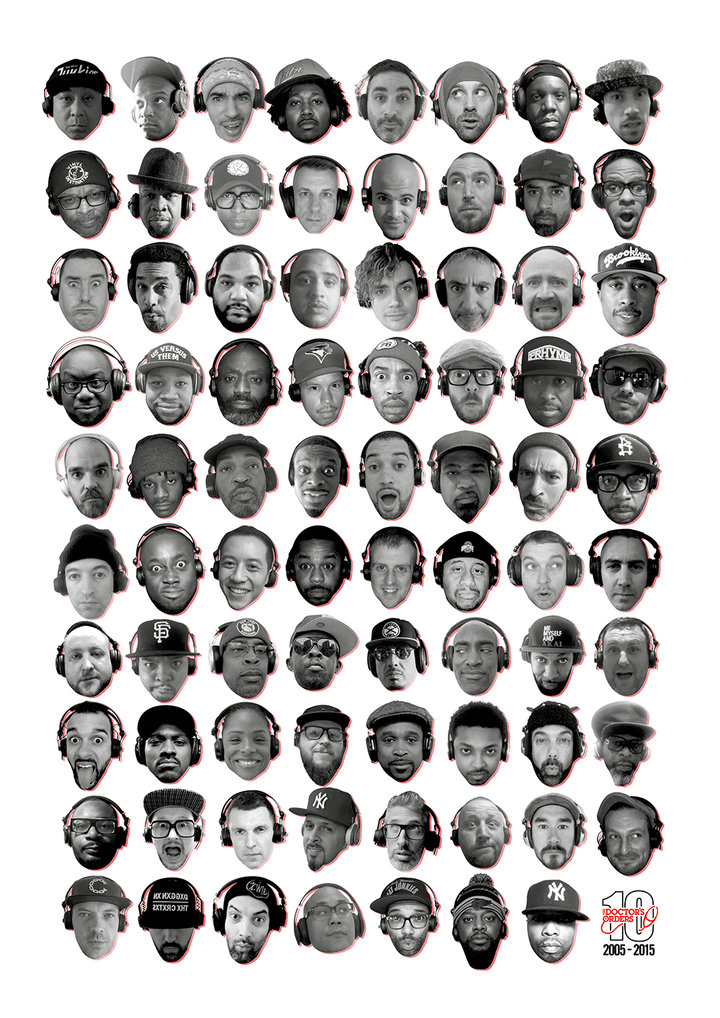