Warning: "continue" targeting switch is equivalent to "break". Did you mean to use "continue 2"? in /nfs/c08/h04/mnt/122689/domains/thedailystreet.co.uk/html/wp-content/plugins/wp-author-box-pro/includes/ReduxFramework/ReduxCore/extensions/customizer/extension_customizer.php on line 442
 How The Basement went from Facebook group to pop-up store What started as a simple forum to discuss garments has now transcended into one of the most influential groups on Facebook, cultivating the best of upcoming British streetwear into one place. The Basement has arisen as the voice of the future of British streetwear, and the pop-up store they recently hosted only furthered their endeavors.

When asked to define what The Basement represented, Rory-John, a popular designer, said “The Basement, as well as other Facebook groups, are the new age sneaker and fashion forums, which I’m not even going to attempt to name and pretend I was ever a part of. If you look at some of the biggest names in ‘streetwear’ now, many of them started from forums.”

Internet forums used to be a key part of subcultures, providing a service for people with similar niche interests to find each other and discuss their areas of interest. It’s an era that many have declared as dead and buried, often using the closure of the Crooked Tongues forum as a signal of final defeat. However, it seems as though the demand never truly disappeared and private Facebook groups have become the evolution of forums for the next generation, as touched on by Gary Warnett, previously of Crooked Tongues:

“I see a lot of nostalgia for the era of forums and similar online communities, but bar a few within this industry, that’s over. Only the likes of NikeTalk and Superfuture aren’t digital ghost towns. Social media does it better. Private groups on Facebook are just an extension of forum culture, down to the secret society aspect of it, but there’s less room to hide behind anonymity which makes it more personal. The Basement impresses me with its self governing ways, willingness to help its members out and creating their own merchandise and brands. Speaking as someone who is too old to be into this stuff, I’m glad that the next generations are doing something great with it. I’m sure that there are veteran consumers who probably think that everything should be reset to how it used to be, but their opinions are irrelevant.”

The Basement group currently holds over 22,000 members and has become a community more than a forum, with the term “Basement Fam” becoming a regularity to describe the group and its members. Because of this growth, the pop-up store was a logical direction to go for this vastly expanding community.

Dominic Sheridan, a member of the group since March 2014, said the attraction to the pop-up store was the “great atmosphere” as well as the fact that he would be around “like-minded people who have similar interests to me as well as seeing all the new merchandise they (The Basement) were selling.”

For group administrator Jake Hartwell, the thinking behind the store was very similar to that of Crepe City, a popular sneaker convention held in East London on a bi-yearly basis. “We wanted another place for people to meet and put names to faces. It’s a shame that we live in a social media shell and I hate that people do not get to meet each other, so I thought why not, we can do it so let’s do it,” said Hartwell.

Hartwell continued to talk about how the pop-up represented more than just garments. “We essentially created a social club for members to meet and properly get to know each other. We provided new clothing which people loved, as well as drinks and music all day and this combination just worked.” 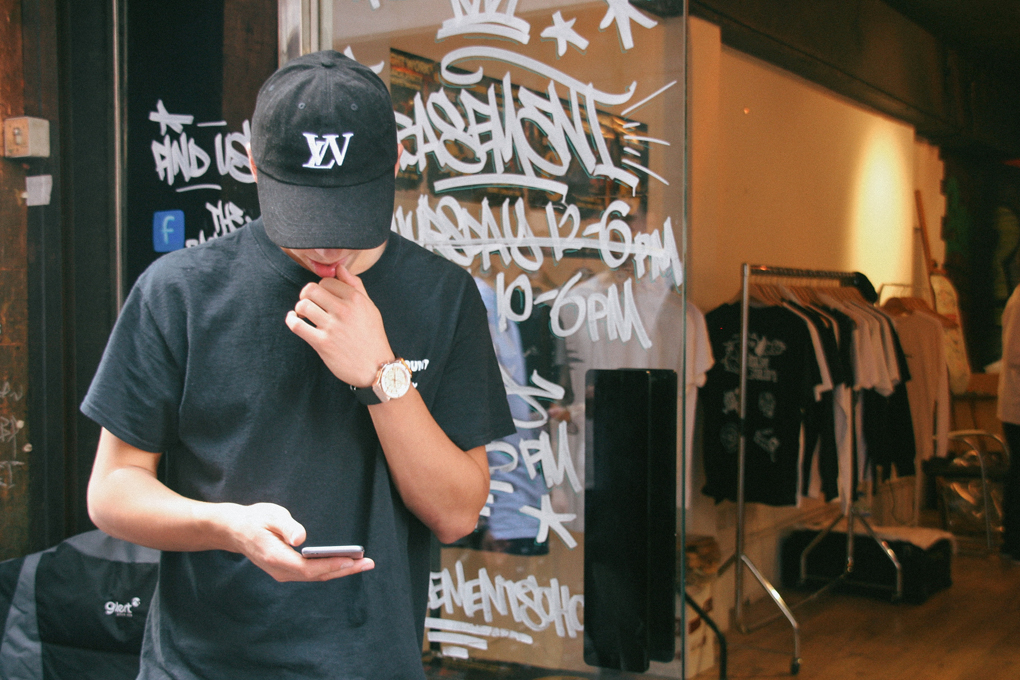 One of the workers at the pop-up store, George Robertson, emphasized the point Hartwell made, saying “The pop-up was never really just about selling to the customer, it was about the community.”

When talking about goals for the pop-up store going into the event, Robertson said he had wanted “for the store to be not just a place to sell, but a place to meet the people you’ve been talking with online for so long. It was crazy how quickly it became a hub for people to meet up.”

Rory-John, who was one of the designers featured at the pop-up store, coordinated with the administrators of the group to design a small capsule collection surrounding one of his favorite movies, Fight Club. “When I spoke for the first time about ideas for the pop-up with some of the admins, about six months ago, I just felt like Fight Club was an almost perfect representation of what The Basement is,” said Rory-John. Regarding the overall experience of the store as one of the people involved, Rory-John said that being a part of the store was “cool.” He added that“It was a long week, hard work, but meeting people and having people appreciate what you’re doing is all worth it.”

The Basement represents different things for many members, but as Rory-John looks back on his experience as a designer involved not only with the store, but with the group as well, he only has good things to say:

“The best thing The Basement has done for me is allow me to meet some people that I can truly rely on and call my friends. At the end of it all, what’s the point in doing anything if you haven’t got friends to enjoy it with? People joke about the term ‘Basement Fam’, but it’s real.” 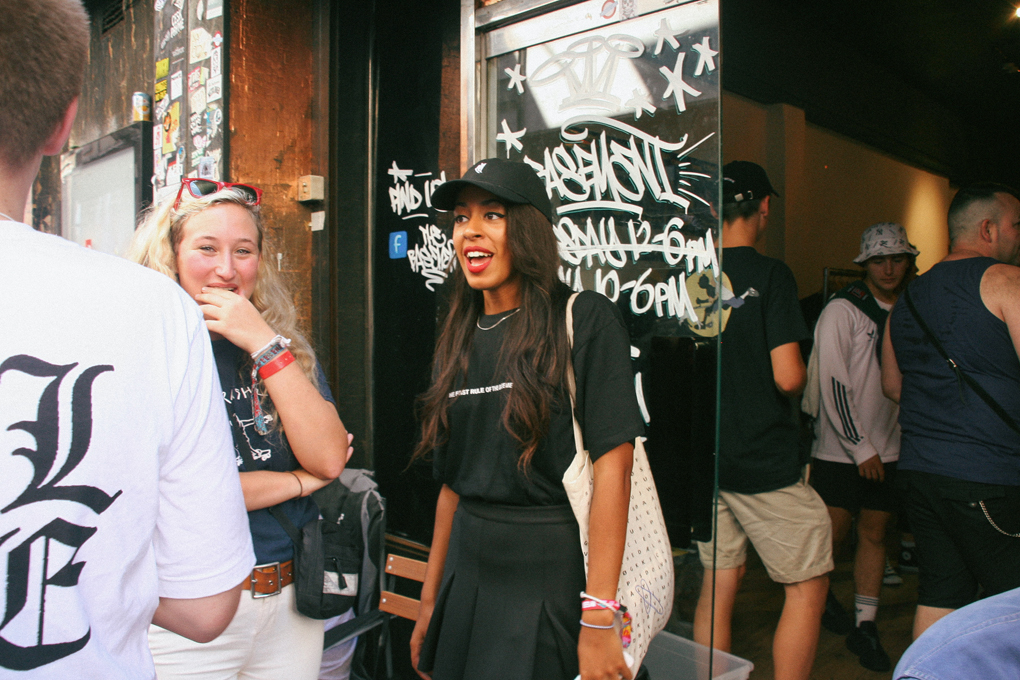 Hartwell emphasized that sense of camaraderie, saying that “the team knew exactly what they was meant to do. We just knew how to apply that store mentality to the customers and provide a great level of service whilst having a laugh. Anyone with any problems we alleviated instantly.”

“I just want to thank everyone who came and made it such a special three days. Big thanks to Pete and Paolo especially as well as all the workers over the weekend, we couldn’t have done it without you,” Hartwell added.