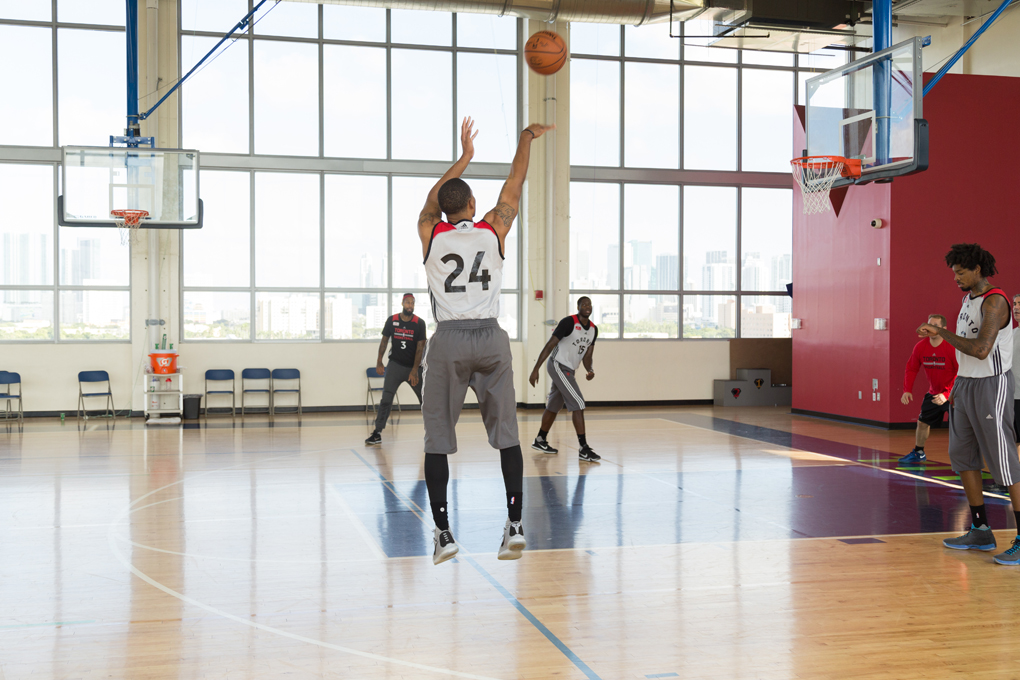 For whatever reason, when I was a kid, football just didn’t connect with me. I’ve never known why, but that’s just how it’s been. What did connect, and slightly unpredictably, was basketball. First through collecting the official NBA stickers — on a side note, how great were sticker books — and later through the league itself. I should add that my age means that this time of interest landed smack bang in the golden era of the mid 1990s — Jordan and the Bulls were on a rampage, knocking the Rockets from the top and returning to their throne, the powerhouse that is Shaq had moved to the Lakers and the exciting young protege Kobe Bryant had just been drafted to the same team. Late on Jordan would upset the world by retiring, again, and half the Bulls would leave and move around, signalling the end of an era and the start of a new one (go Lakers!). To summarise, there was a lot going on.

Fast forward almost two decades and we’re at a very interesting point in NBA history — another great is about to retire, having surpassed Jordan’s all-time scoring achievements, turning this season into a strange form of retirement tour for Kobe, as much as he didn’t want it to be. Unfortunately for him, he won’t be going out with a bang like Jordan did, as the Lakers are having one of the worst seasons in franchise history. He can still hold his head high for a million reasons though.

Anyway, you’re up to speed now. 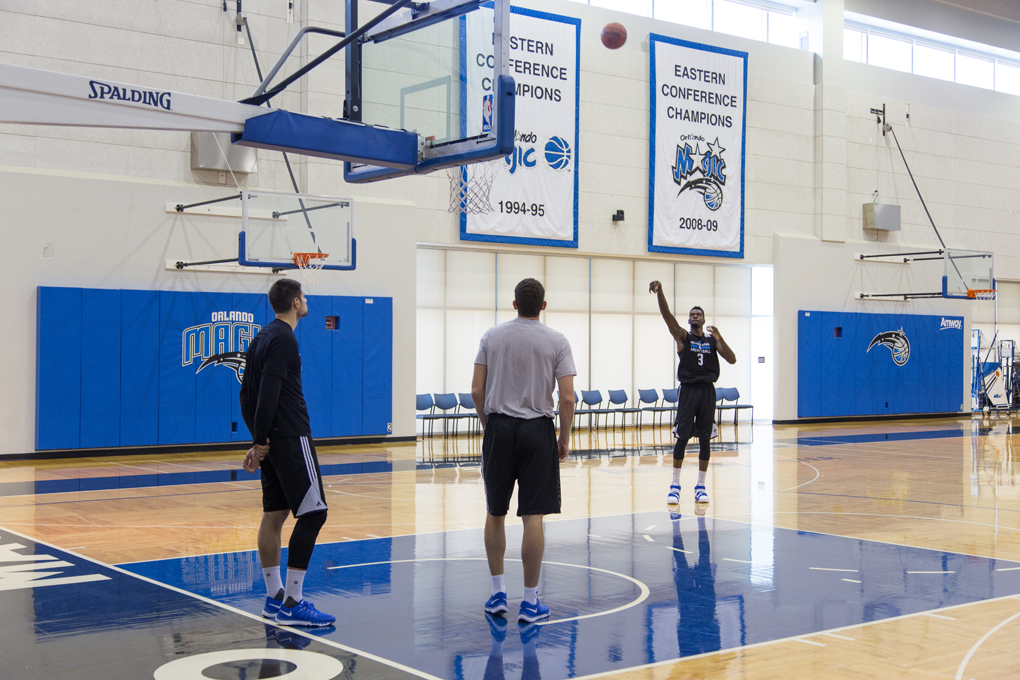 As a basketball fan, you can imagine my excitement when I received a phone call asking if I’d be interested in hopping over to Florida to follow the Toronto Raptors as they take on Orlando Magic and Miami Heat, with full access to all the teams. A simple “Yes please” was most likely as much as I said on the call while fireworks went off in my head. I mean, Miami Heat were THE team of recent history, and the Magic are one of my favourite teams from my jaded memory of 1990s NBA, if anything just for Penny Hardaway. 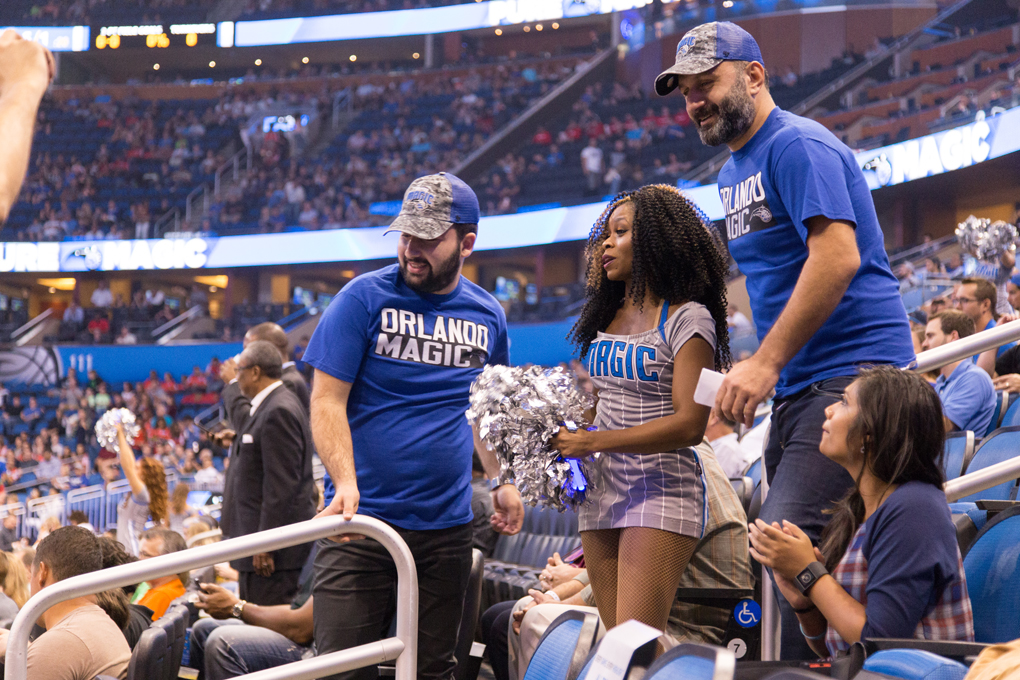 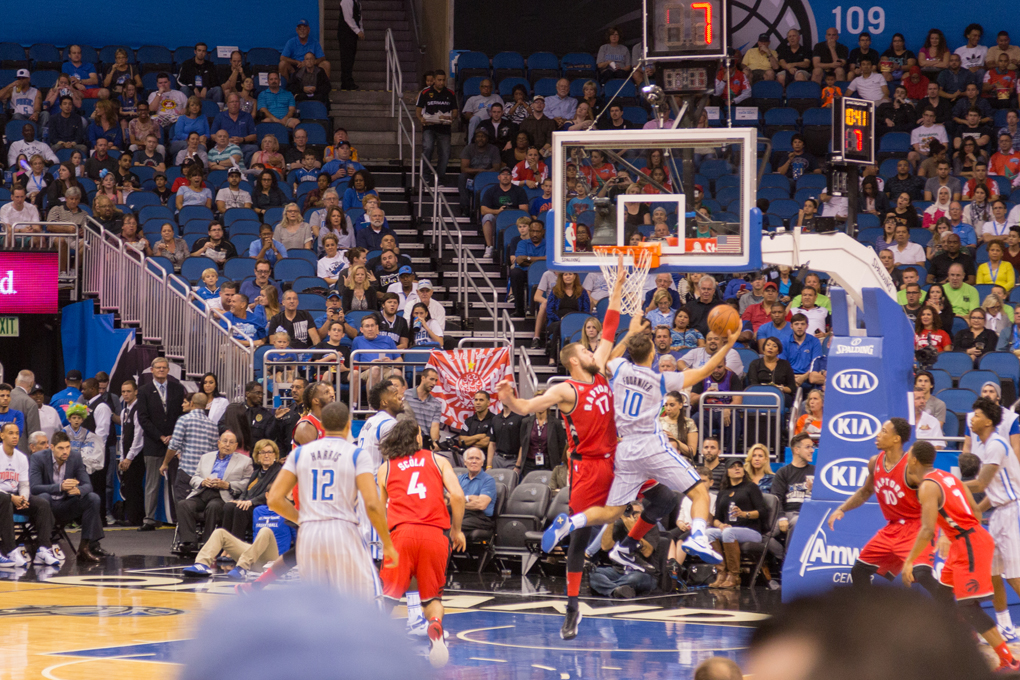 With the NBA bringing league games over to London in recent years, being a UK based basketball fan is getting more achievable, and as great an experience it is — I’d recommend the London games to anyone — it’s always missing that sparkle, that intangible element that you get at a game in the States. For reasons of their own, both Magic and Heat offered very unique experiences, wether it was the awe of the shiny new Amway Center in Orlando, which is a ridiculously nice arena, or the dramatism that Miami like to put into the intro’s and the game as a whole — something that is reflected throughout their arena also. Just check a sample below of the writing on the walls of the tunnel lading from the Heat locker room to the court… 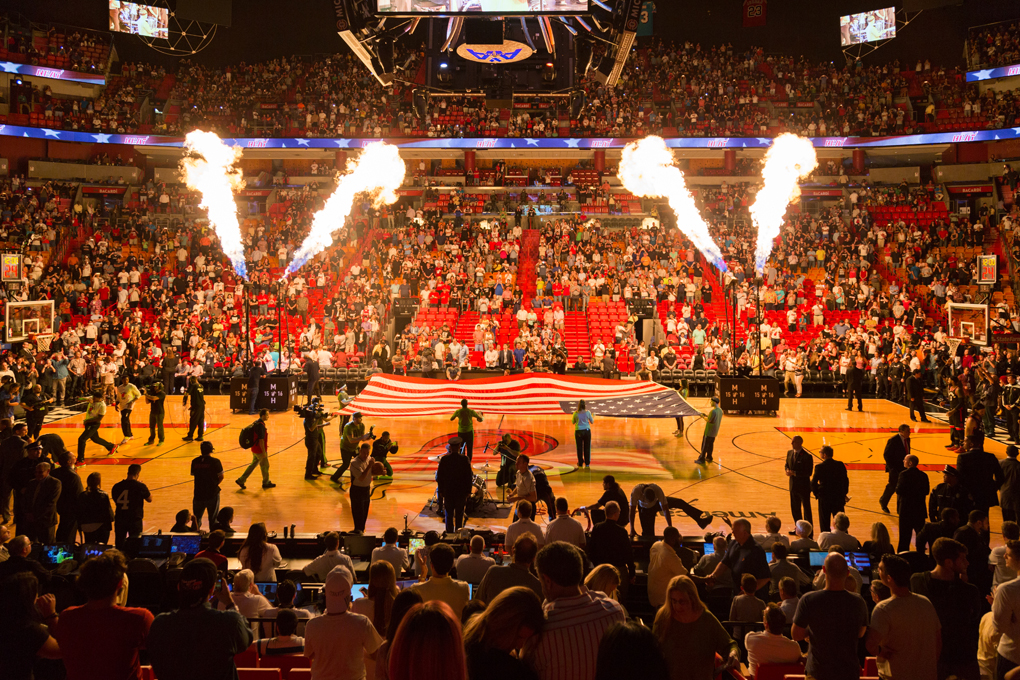 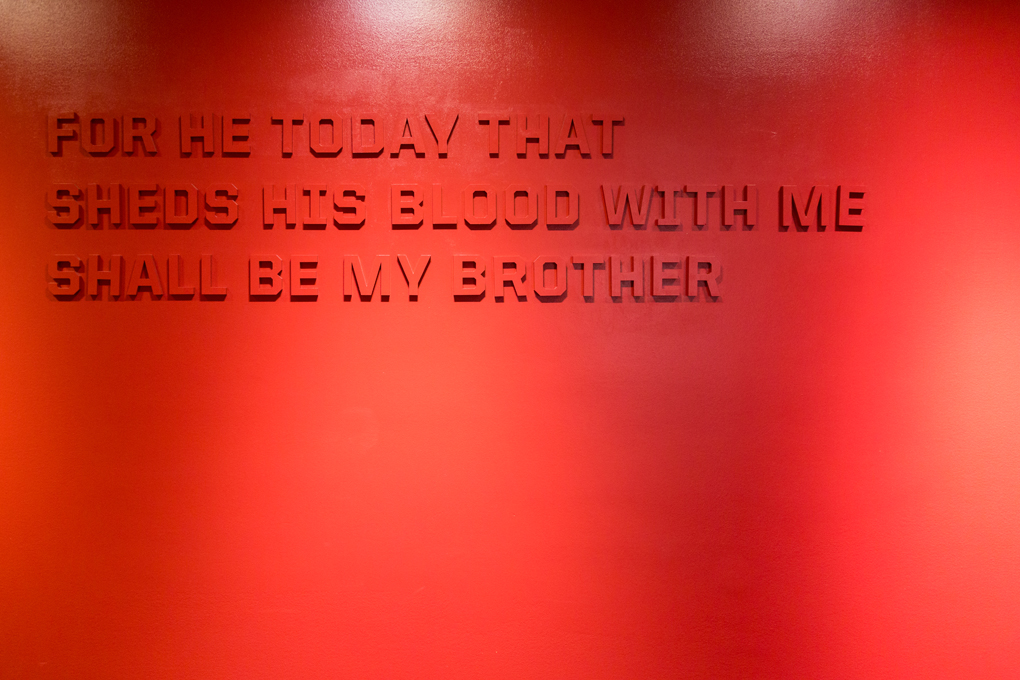 Regardless of my love for the two home teams on this journey, I was on road with the Raptors, so that’s where my loyalty lied. Throughout the few days I spent a decent amount of time with the team staff and a few of the players, enough to feel some form of personal attachment to the Raptors that will probably never go away, not that it will ever replace my love for the Lakers. The way that we were so warmly welcomed into the team only made me feel worse about them losing both the two games we had travelled so far to see — one of those half-jokes was made towards the end about how we were a bad luck charm, having broken their winning streak. Sorry Raptors.

We’ll have to wait to see if our presence at the London game in January will have the same effect, when Magic host the Raptors at The O2. 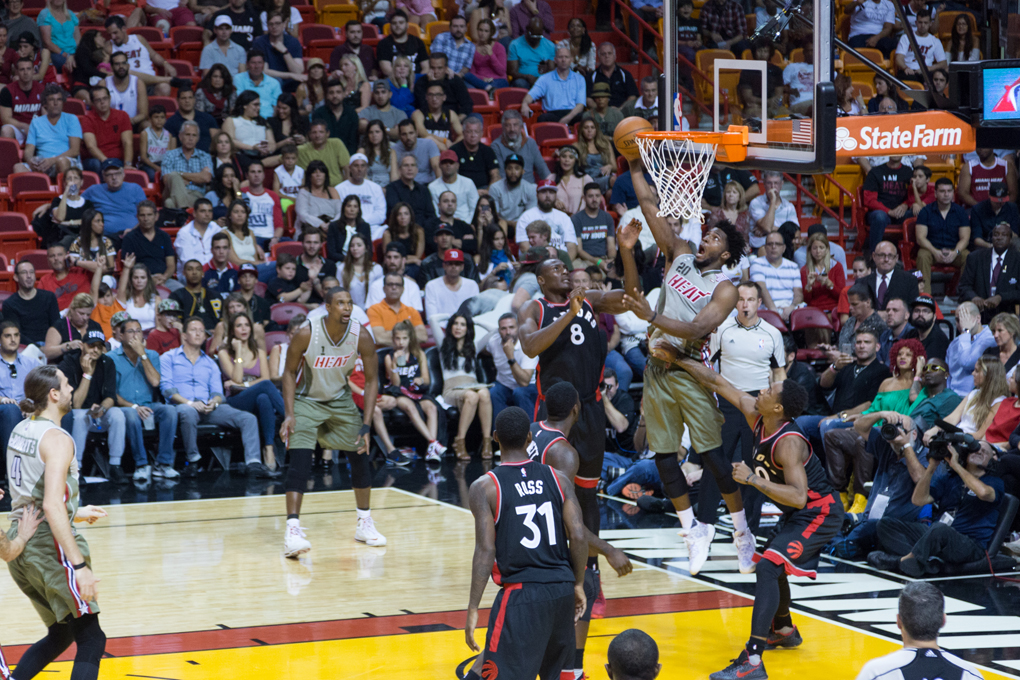 Now, I’m no newbie to press trips and sporting events, but usually I’m there with a sports brand of sorts, and more often than not a huge one, but nothing could quite prepare me for going around with the NBA itself. I don’t really know how to explain this, but I’ll do my best. To sum it up, as much as a brand can give you amazing perks and glitz and glamour, as well as fantastic access to their athletes, the NBA is that golden ticket that opens all doors, almost literally. Casually strolling around the Miami Heat court only a matter of minutes before tip-off was beyond surreal. I’m still confused and amazed that they let anyone tread on it pre-game at all. Same goes for hanging out in the locker rooms and floating around during team practice, chatting to the likes of Luol Deng, Evan Fournier, Nikola Vucevic, Bismack Biyombo, and Kyle Lowry as if it’s nothing.

There was a great moment mid-conversation with Luol Deng in the Miami Heat locker room post-game when Chris Bosh strolled in and started chanting at him, causing a football-chant styled back and forth and completely ruining that part of the interview — I don’t think I’ll ever forget that surreal and entertaining exchange. 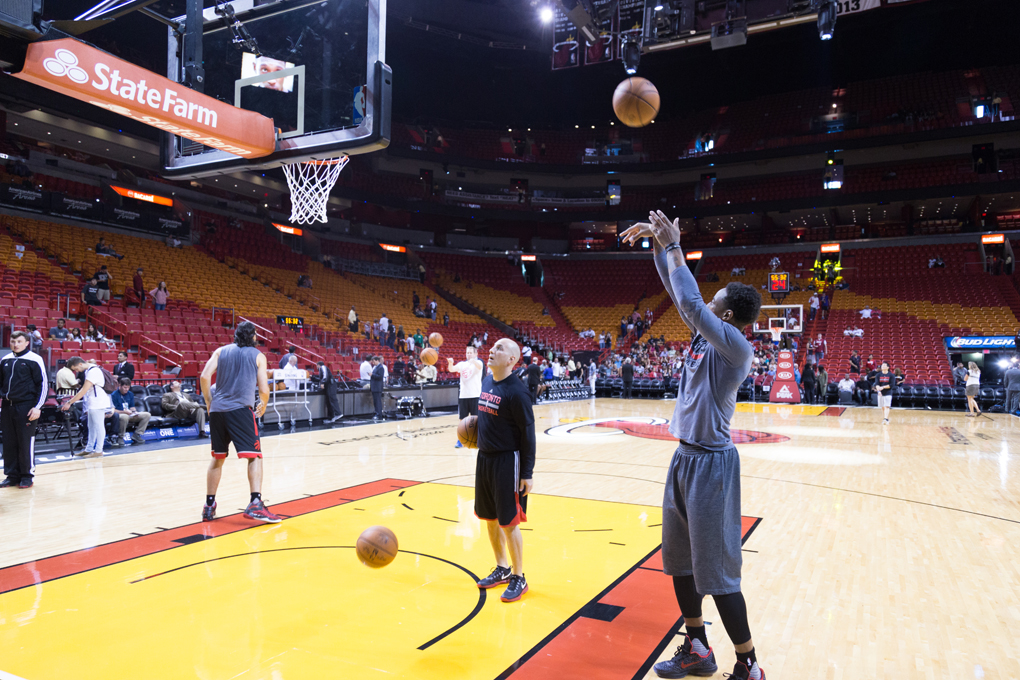 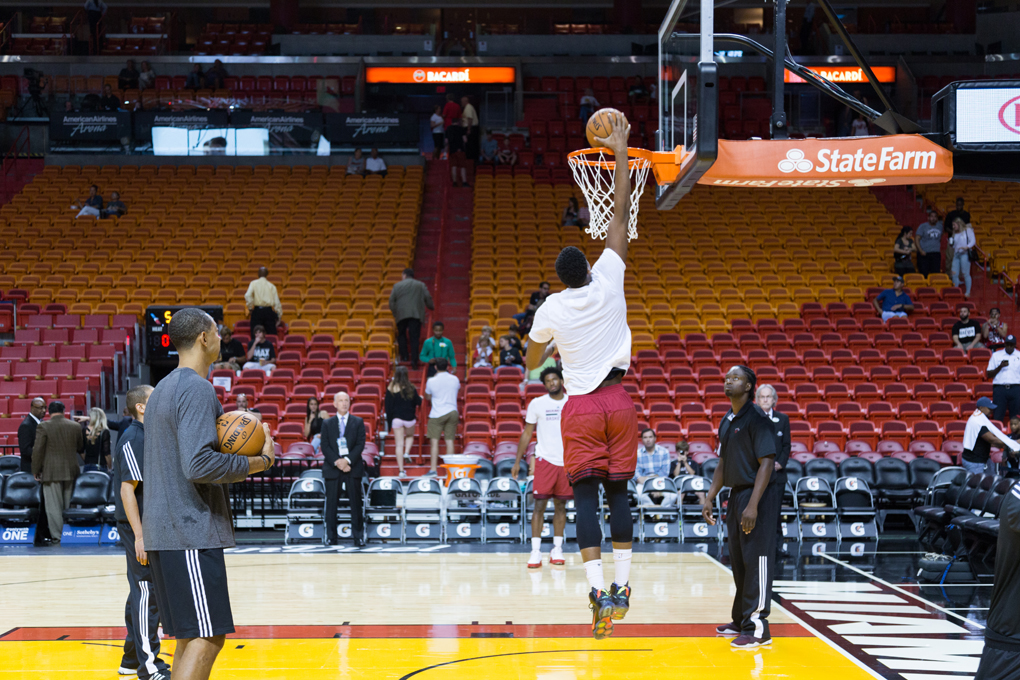 Having grown up watching guys like these on the TV, and in more recent years trying my best to stay up-to-speed with a sport that is unfortunately aired at antisocial hours over here in the UK, it was a bemusing mixture of surreal and perfectly normal, too normal almost, meeting them and watching them play in person. Standing a few meters from Anderson or DeRozan as they warm up at opposite ends of the court in a calm manor as if it’s a friendly.

I guess that’s the real gem of the NBA London games — yes, the whole show itself is awesome, it’s crazily American and unique compared to any UK sporting events, but it’s being these guys, these giants, both literally and career-wise, seeing them in the flesh playing right in-front of you, that’s what makes the NBA London games so special and that’s why I will go back to them every time they’re in town.

The NBA Global Games London in January is already sold out, but you can watch it via NBA League Pass. 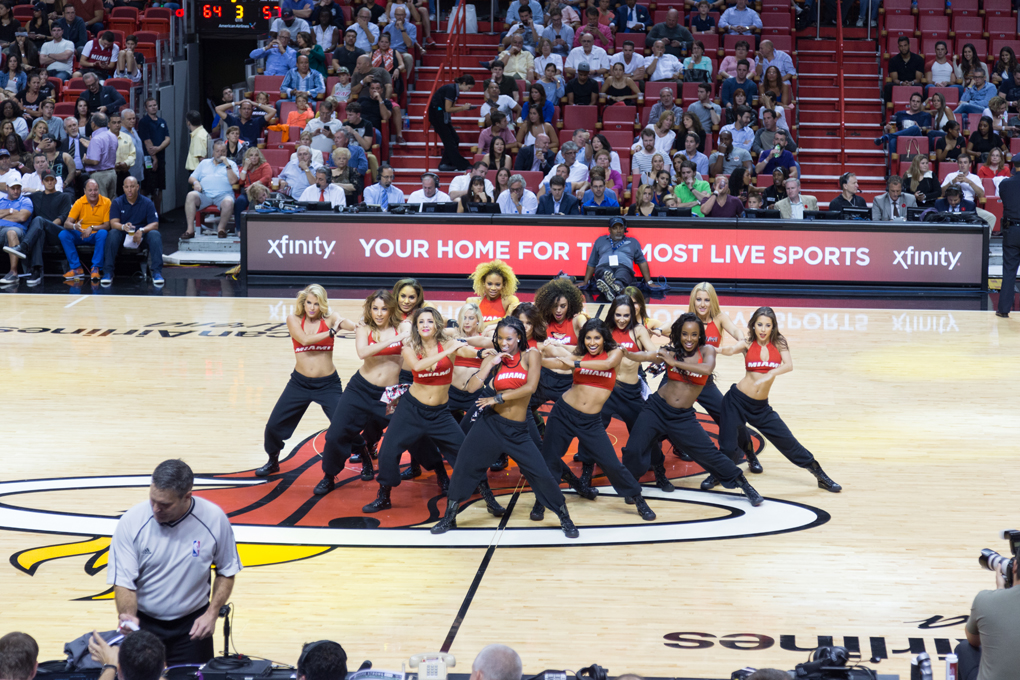 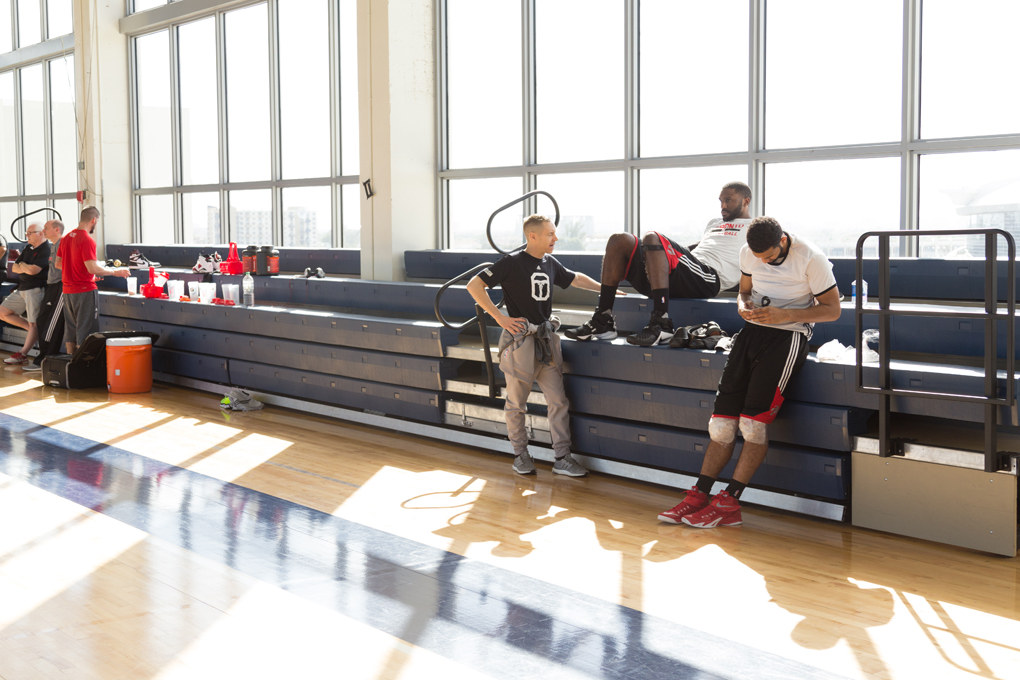