Warning: "continue" targeting switch is equivalent to "break". Did you mean to use "continue 2"? in /nfs/c08/h04/mnt/122689/domains/thedailystreet.co.uk/html/wp-content/plugins/wp-author-box-pro/includes/ReduxFramework/ReduxCore/extensions/customizer/extension_customizer.php on line 442
 Take a look around the epic Orland Magic Amway Center 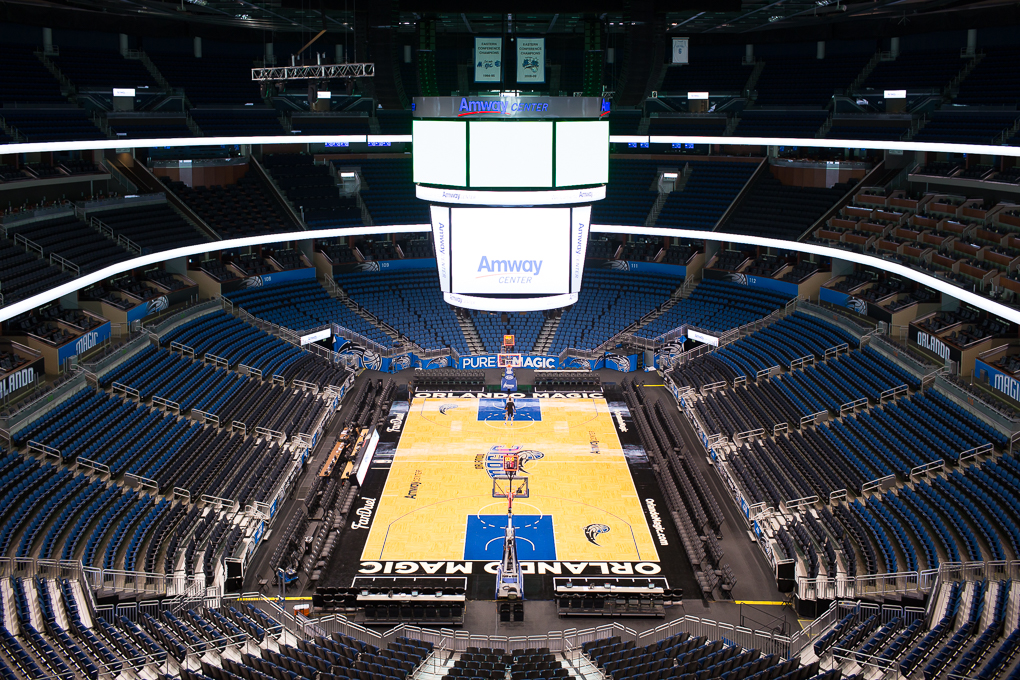 We take an up-close look around the epic Orlando Magic Amway Center, from court to training facilities to the locker room.

I’ve been to various sporting facilities over the years, with various levels of access, including Wembley Stadium, The O2 Arena, Miami Heat American Airlines Arena, Los Angeles Staples Centre, the list goes on. None of this quite prepared me for the Orlando Magic Amway Center.

Designed by the architect firm Populous, the Amway Center replaced the ageing 1989 Amway Arena, one of the oldest arenas in the NBA. After ten years of negotiations, the Amway Center got approval in 2006 and was completed in 2010, costing a hefty $480 million. Already over five years old, the center still has the appeal of a brand new building, partly helped by the extensive use of sparkly marble-like floor throughout the ground floor. It’s a building that those working for Orlando Magic are very proud of, and rightly so, along with the whole of Orlando. A wall in the entry lobby boasts some statistics that go to show how much has gone into the building of the center and how rooted it is in the local community.

That’s a lot of materials. Covering a vast 875,000 square feet it comes as no surprise really. The Amway Center isn’t simply a grand building with a grand expense however, it’s also a much more environmentally friendly building with a much smaller footprint – the Amway Center saves 800,000 gallons of water annually in comparison to its predecessor. That’s a nice statistic for the Magic to throw around.

As you can see above, the main court is stunning, surrounded by a seemingly endless wave of blue seating and lit by the vast hi-def screen, hanging down like a futuristic chandelier, dwarfing the court itself. It always shock me how one standing on a court or pitch, the stadium really doesn’t feel as vast as you’d think it would when looking down on the same court from above. Strolling around the Orlando Magic court was a surreal experience, partly for that very reason, the comfort and snugness that the steeped seating of the Center brings, partly because it was my first experience walking on an NBA court, and partly just because it’s the Magic. The Magic! The team that was the start of some of NBA’s greatest careers – Shaquille O’Neal, Penny Hardaway, and Dwight Howard. Players aside, it’s one of the most iconic franchises here in Europe with their instantly recognisable pinstripe kits.

After soaking up the court, we took a look at the practice courts where the Magic were warming up for their game against the Toronto Raptors that evening. A vast gym room, flooded with natural light and surrounded by what looked like peeking rooms, this court actually felt larger than the main court for some reason, although it definitely wasn’t. After soaking up the sun-drenched practice court we headed through to the locker room to get an idea of where the players collect their thoughts before and after a game before taking a walk though the Orlando Magic hall of fame. Riddled with humongous sneakers, commemorative basketballs, game jerseys, and even the odd sticker book (always got love for an NBA sticker book), it charts the importance of this franchise in NBA history. Of course, I got a little excited to see OG game sneakers such as Shaquille O’Neal’s Reebok Shaq Attaq IV’s, Penny Hardaway’s Nike “Sharpie” Foamposite PE’s, and Dwight Howard’s adidas Lyte Speed GCS’, all there in the cabinets like a mini sneaker museum.

I’m a big basketball fan and the Magic remind me of my brief obsessive NBA sticker collecting phase that lasted two seasons back in the mid 1990s. Orlando Magic is a legendary franchise and the Amway Center is a center worthy of the great franchise it houses. 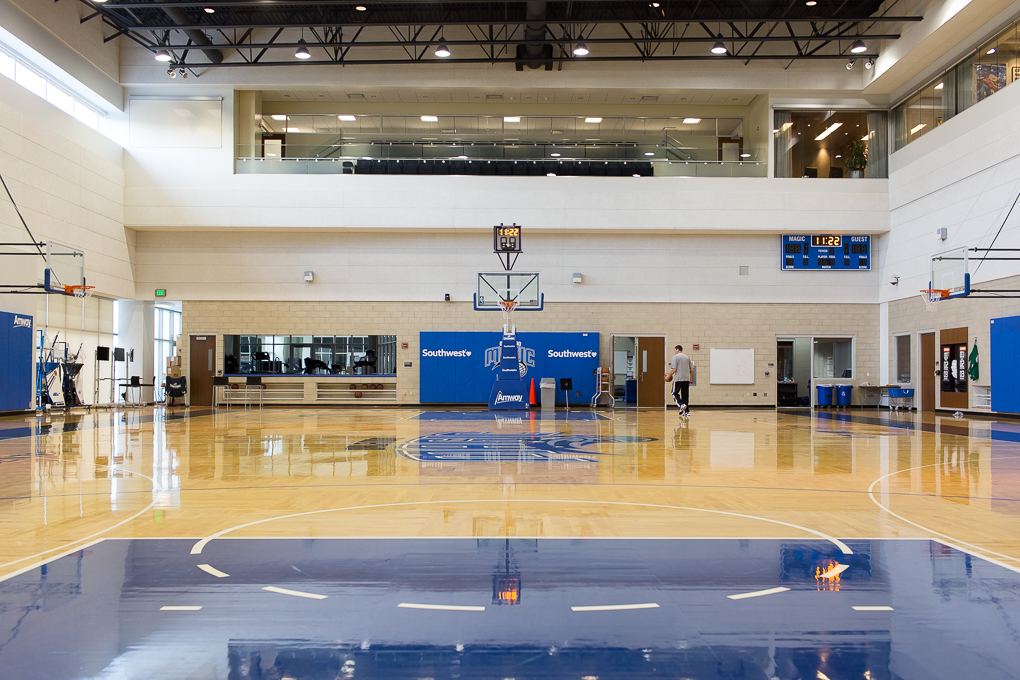 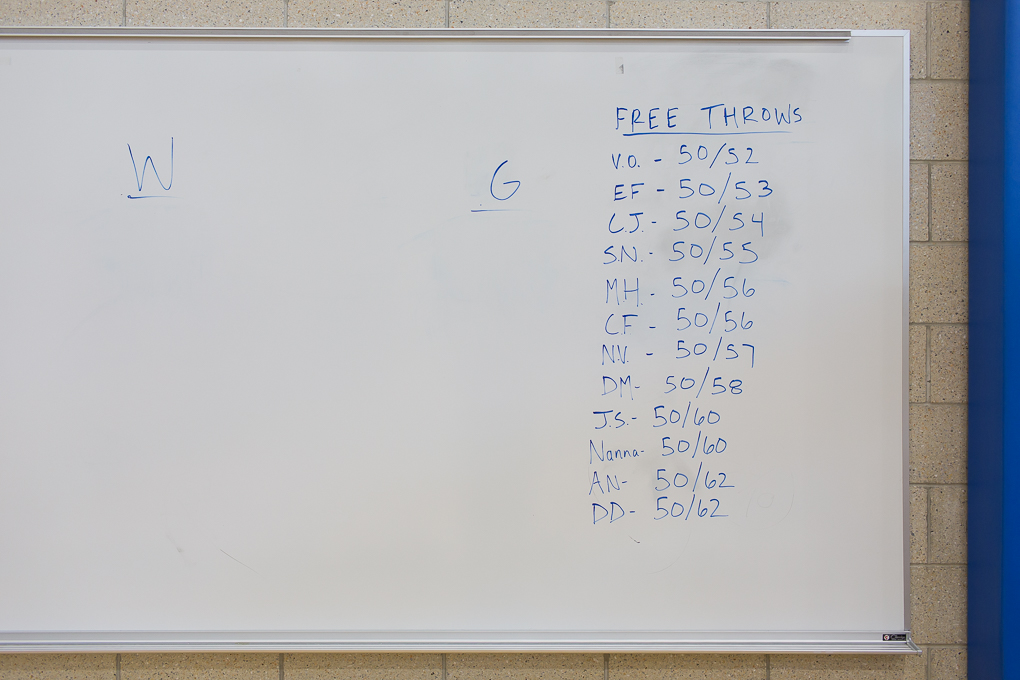 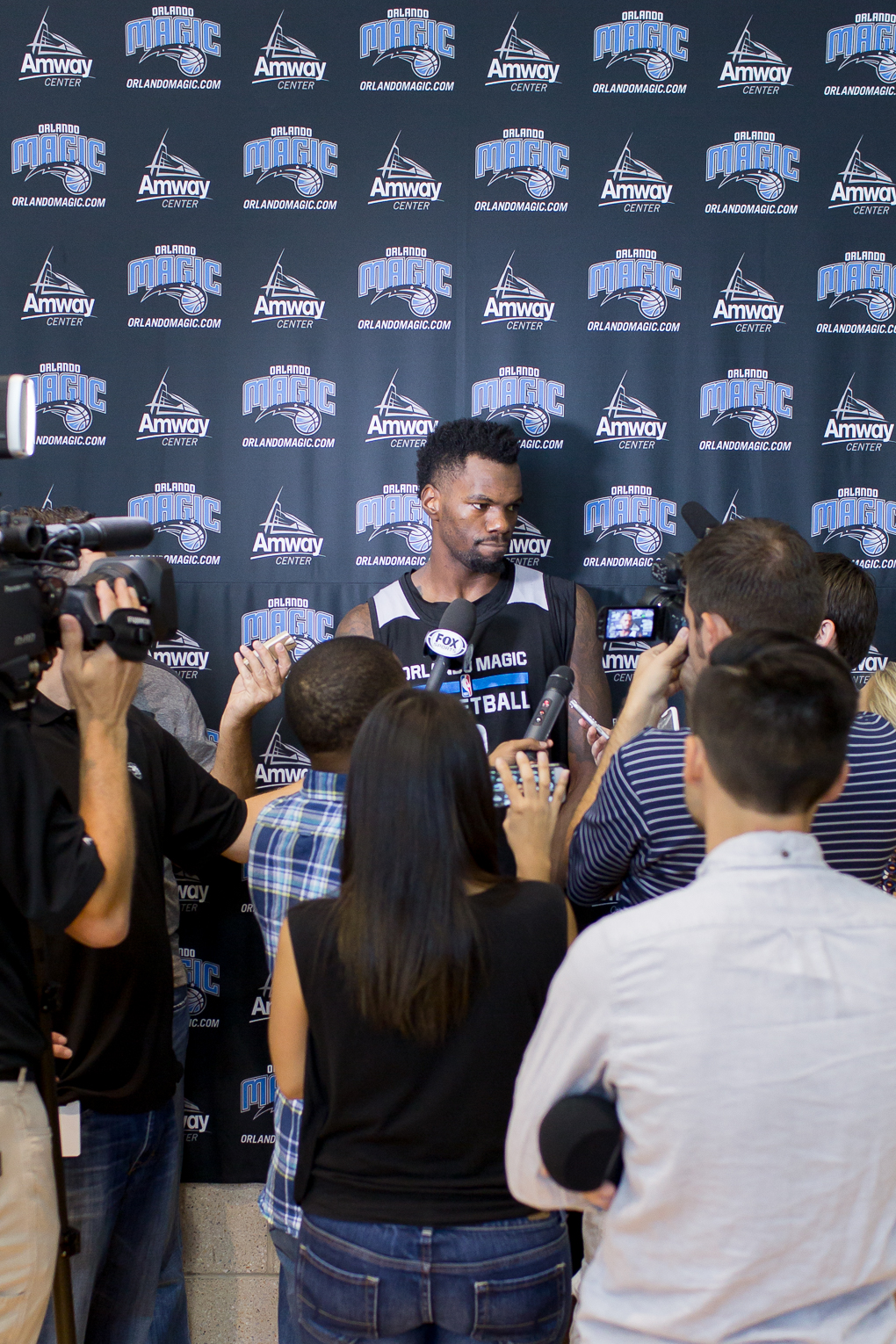 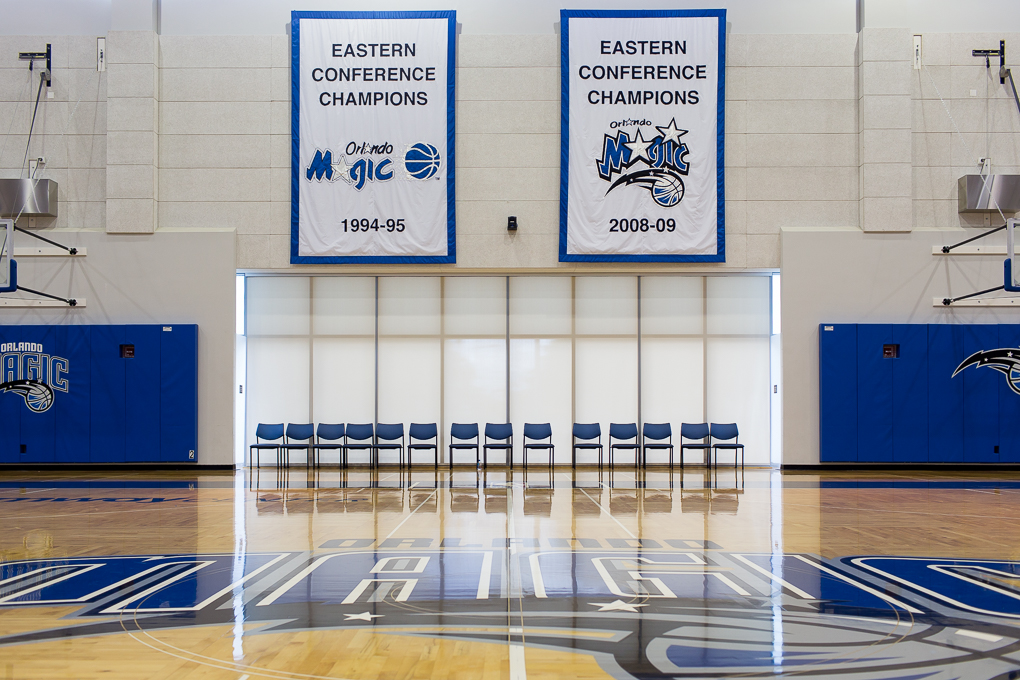 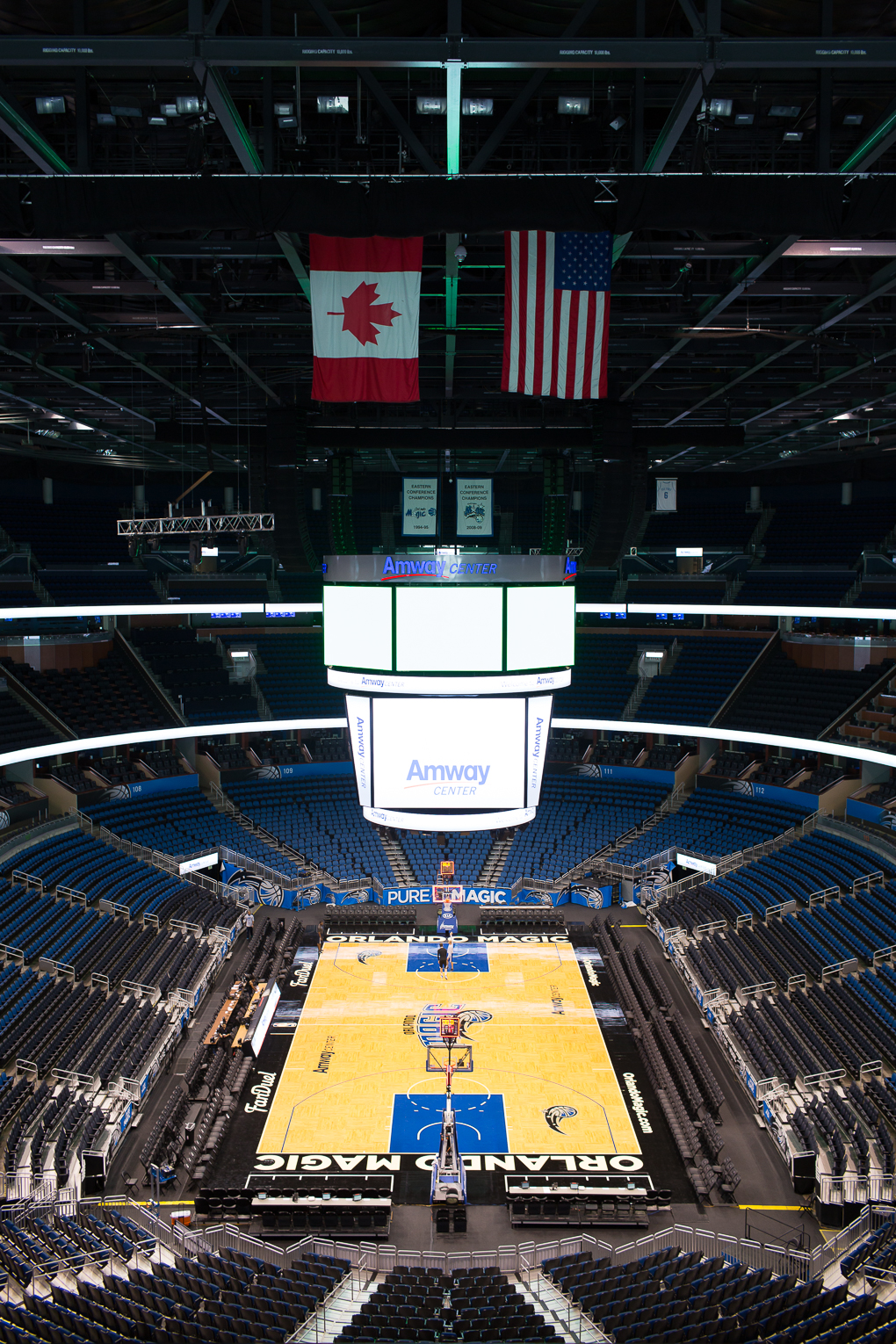 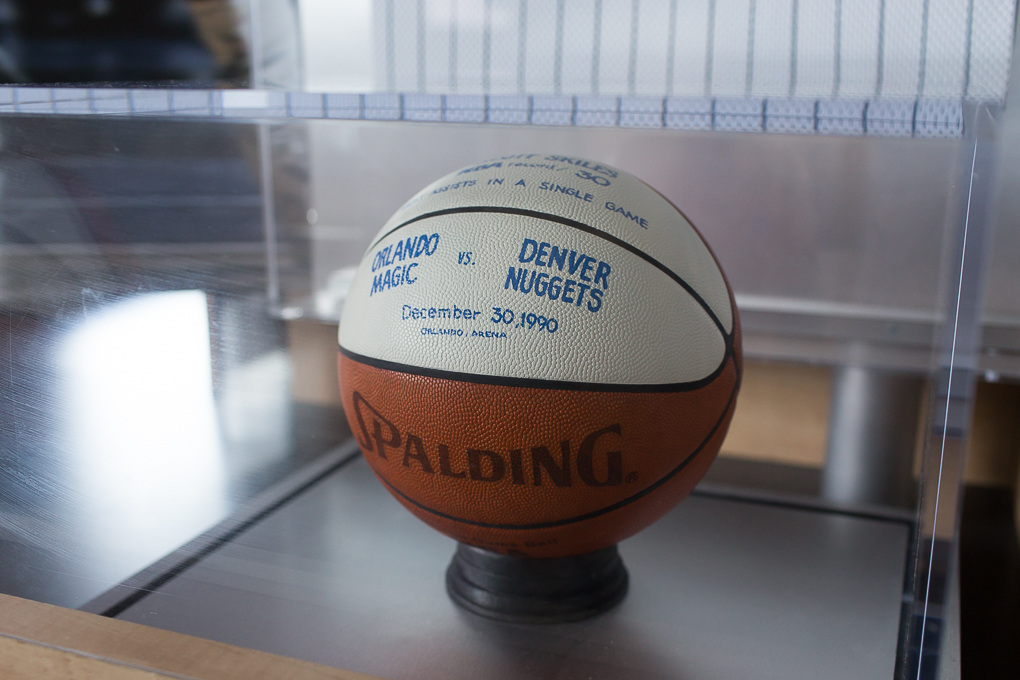 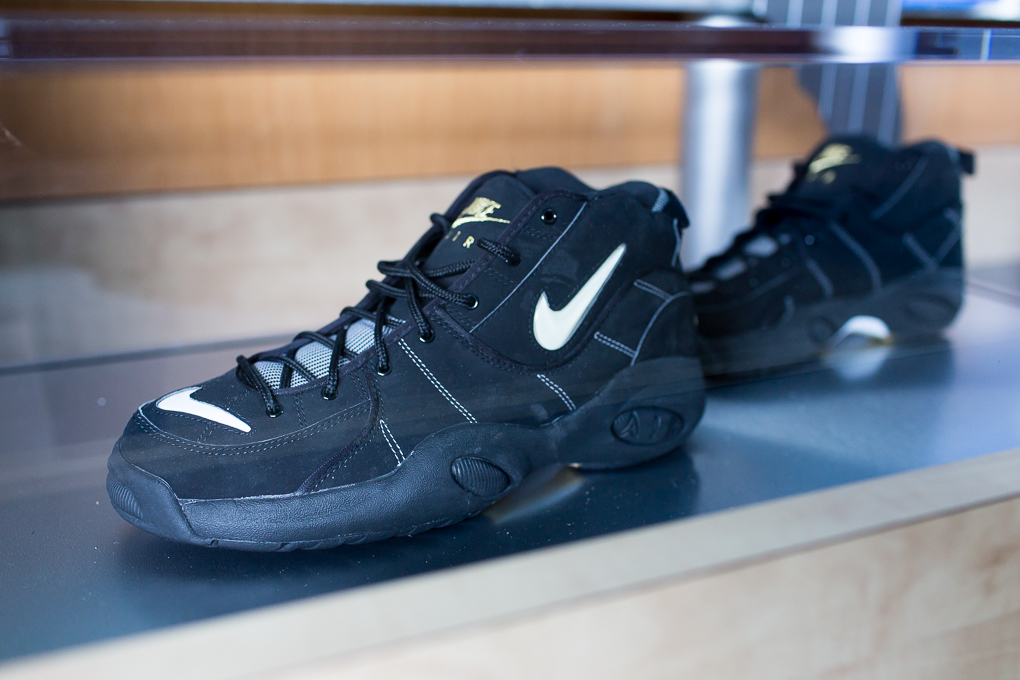 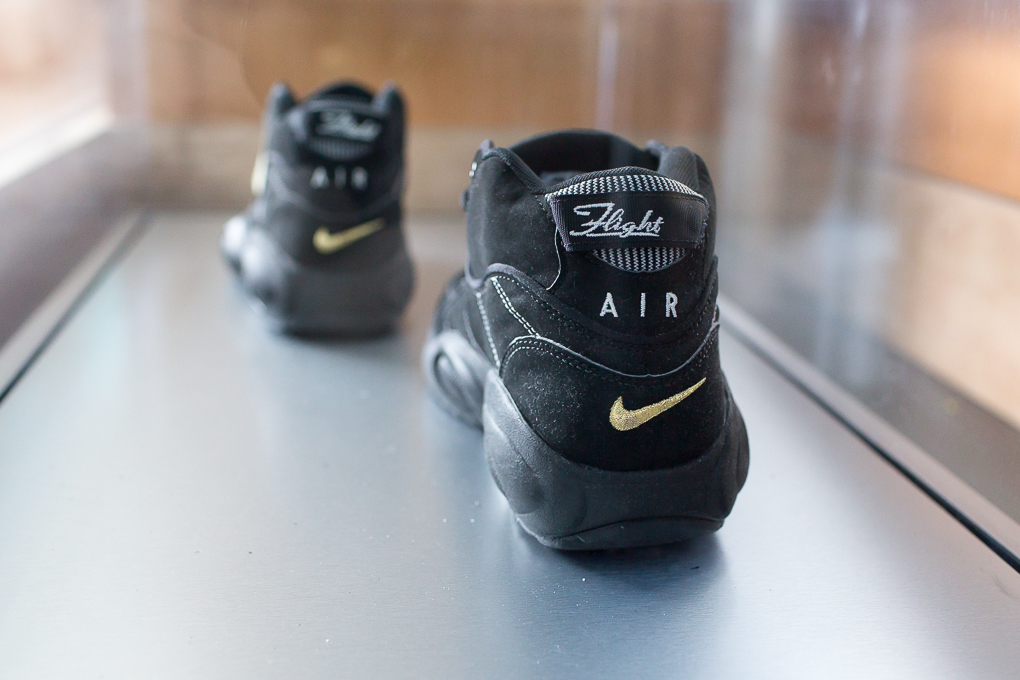 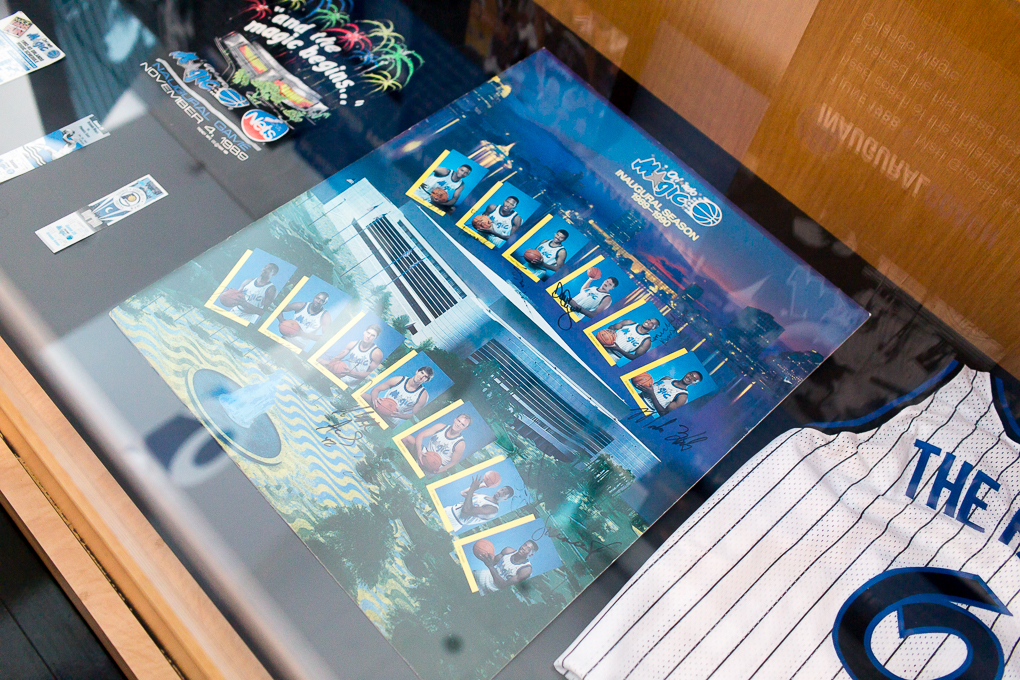 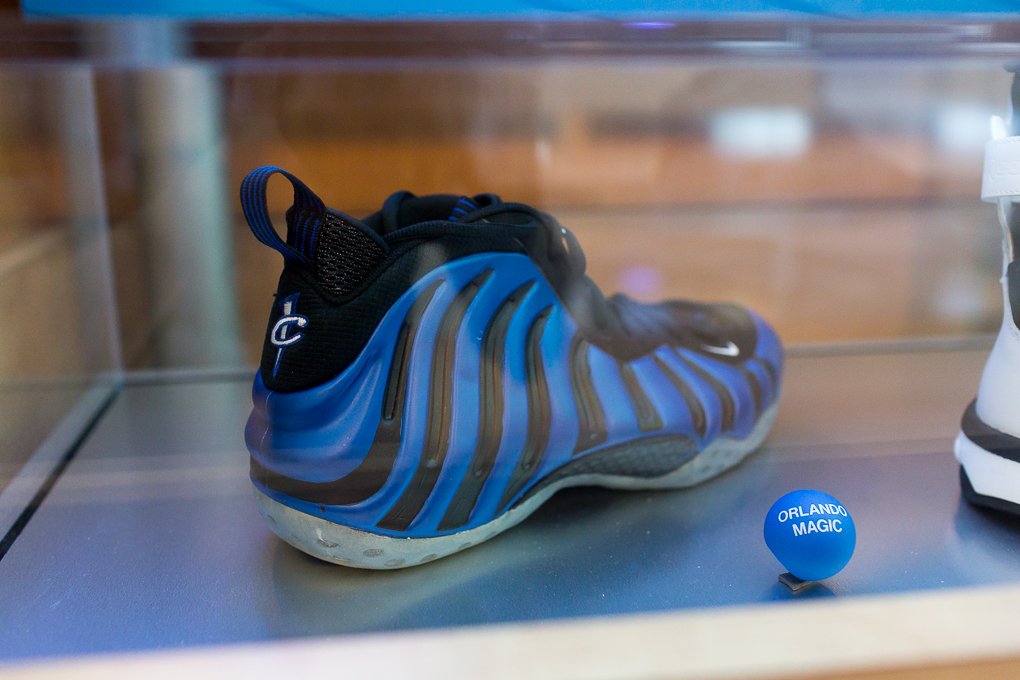 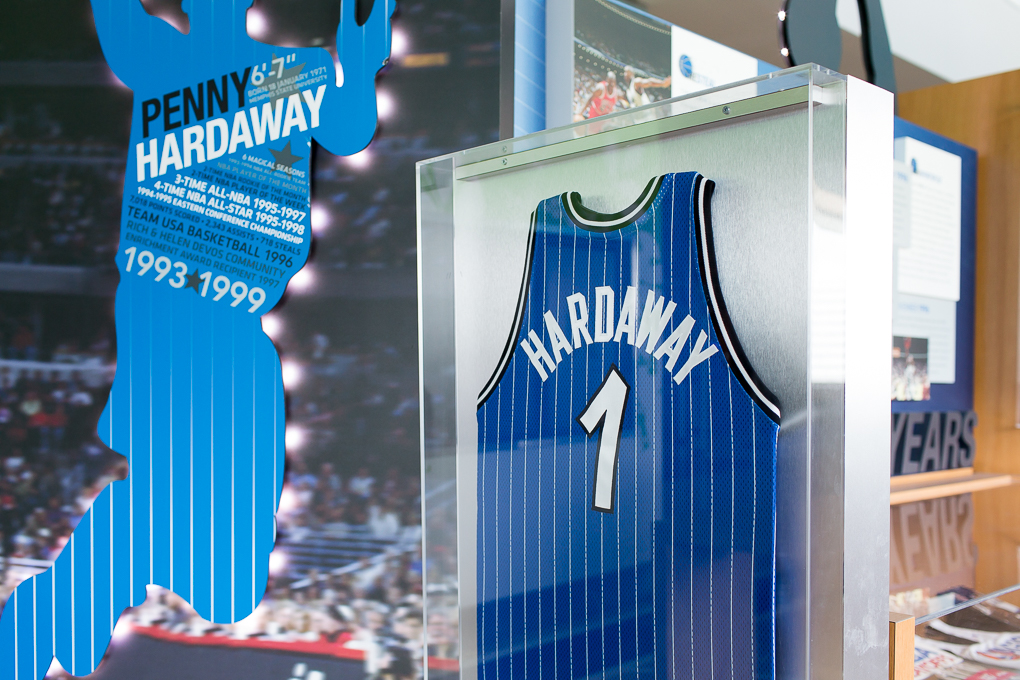 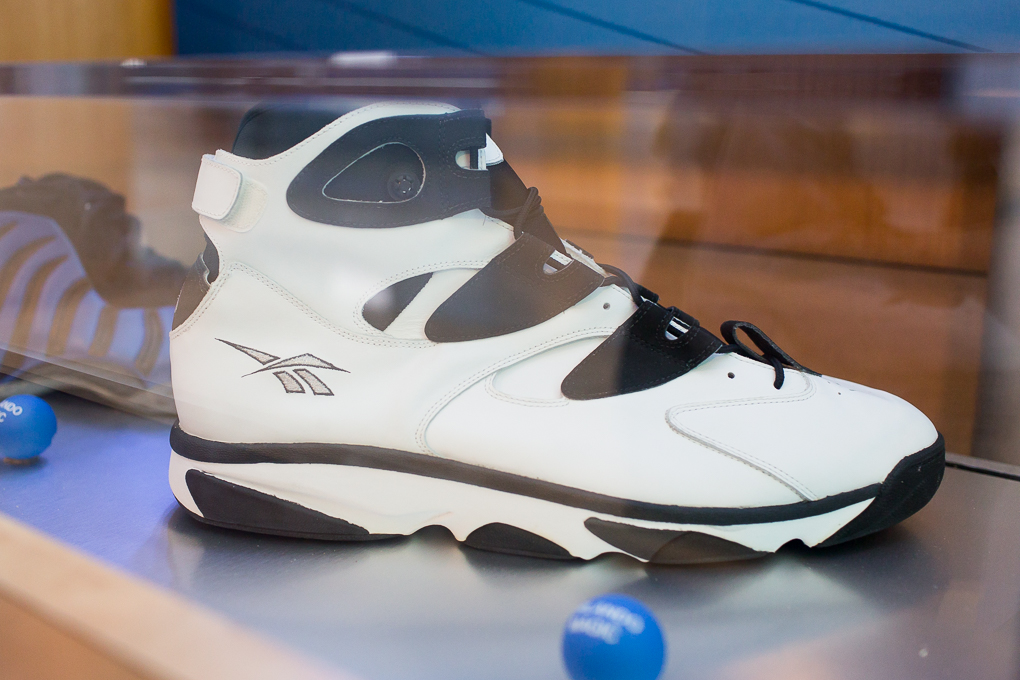 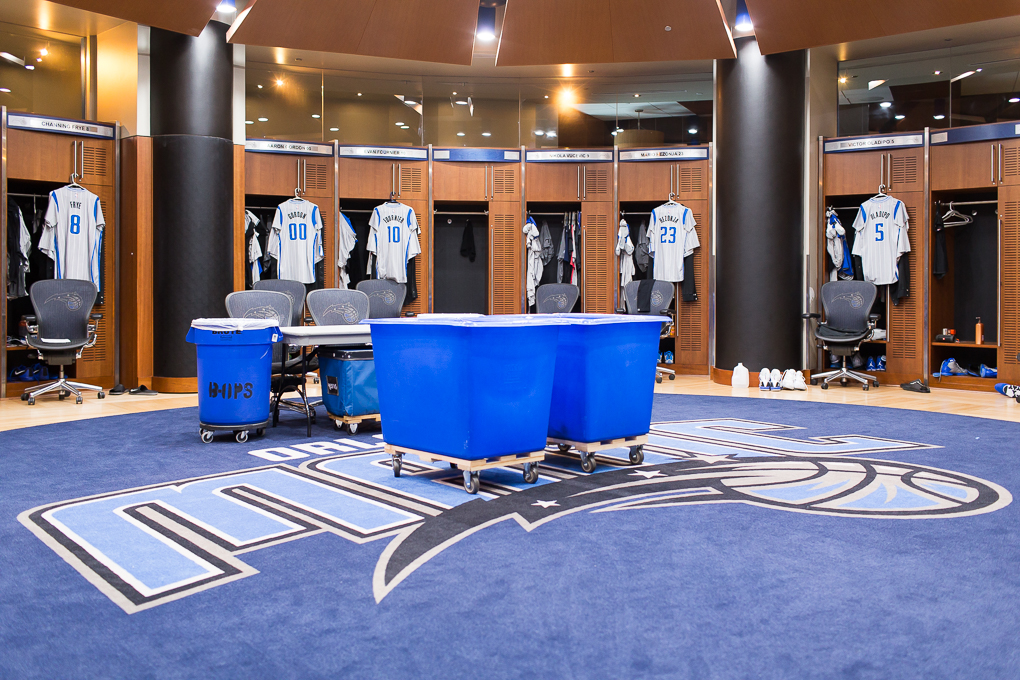 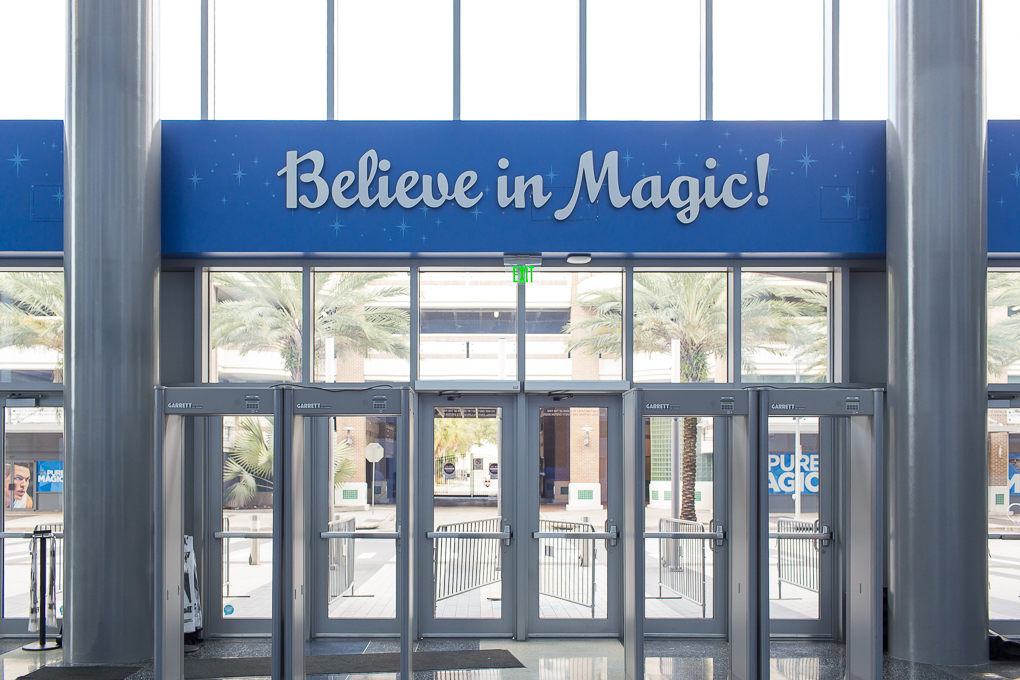 On tour with the Toronto Raptors

Nike to become the official on-court uniform and…