If you’re into basketball footwear and didn’t know about this lot dropping, then you must be too busy actually playing ball or working hard, unlike the rest of us forum geeks. Although this is not actually the ‘USA Dream Team’ olympic pack, we thought it would make sense to put three of the most anticipated shoes that celebrate the 20th anniversary of the ’92 Team USA “Dream Team” in one post.

Here we have three shoes that are synonymous with the star athletes that played in them. The Air Force 180 worn by Charles Barkley during the 1992 Barcelona olympic basketball games, showcases the classic but tough Air Force aesthetic that Barkley represented in his style of play. The use of the Team USA colours is balanced throughout, with the main white upper accented with blue and red in all the right spots and hits of gold providing the final touches. It’s a pretty bulky shoe with a leather upper that takes over apart from the small amount of nylon applied on the tongue. The AJ VI’s here weren’t actually worn by Jordan in the 1992 Olympics (the VII was), but this reissue of the 2000 make-up makes use of the Team USA colours so it’s all good. Nonetheless it’s a coveted shoe that most Air Jordan fans will be very very pleased to have reissued, and what a perfect time for the reissue. Last but not least, the Uptempo which is most associated with none other than Scottie Pippen. We all know it’s a love or hate (probably mostly hate in the UK) shoe but anyway, again this make-up was not worn by Pippen during the ’92 games as it wasn’t released until 1996. As with the AJ VI, it’s one of the most iconic shoes to be worn by a basketball player and a perfect representation of Pippen and the reissue mixes in perfectly with the 20th Anniversary celebrations of the ’92 Team USA Dream Team.

All three will be dropping at midnight tonight, over at  SoleHeaven. 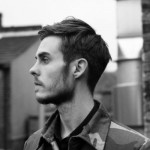