Warning: "continue" targeting switch is equivalent to "break". Did you mean to use "continue 2"? in /nfs/c08/h04/mnt/122689/domains/thedailystreet.co.uk/html/wp-content/plugins/wp-author-box-pro/includes/ReduxFramework/ReduxCore/extensions/customizer/extension_customizer.php on line 442
 Music Monday: September Week 1

Welcome to another edition of Music Monday, the weekly rundown of most of the music we have been listening to at The Daily Street over the last week. This week we feature OutKast, Frank Sinatra, Giggs and Interpol.

“This is a track that went way under the radar after it was recorded in the early 70’s. It has since become popular after Ryan Gosling found it at a yard sale and insisted it was used in Blue Valentine. It’s an excellent bit of vocal group soul.” – Luke

“I’m sure I danced quite hard to this on Friday night. I’m not certain although I did wake up with a sore head and this tune stuck in it.” – Luke

“This title track from the Dark Star mixtape is very strong, a new artist I only recently discovered and had on repeat all last week.” – Grizzle

“From the walk in da park mixtape. No words apart from ummmm!!!” – Grizzle

“For me, the best track on Deftone’s latest album Koi No Yokan. The album is something special as a whole but Rosemary demonstrates a thoughtful blend of melody and power that is mesmerising. There’s also something about Futura’s artwork for the album that fits perfectly with this song.” – Chris

07. Interpol – Turn On The Bright Lights

“Some albums are just perfect. This is one of them. Obstacle 1 is the obvious choice to pick.” – Thom

08. Frank Sinatra – Strangers In The Night

“I’ll admit it, I’m really into big band stuff. And there is no-one better than Sinatra. Ok, maybe Sammy but that’s for another week.” – Thom

“I played in a pub in the middle of Stoke Newington on the weekend thanks to my slightly crazed friends at Circles + Squares and had a blast. This was definitely one of my highlight tracks from my set – found myself singing along behind the decks.” – Alex

“Another sing-a-long behind the decks riddim.” – Alex

“Metal re-interpretations of pop songs are fairly common place, and Andy Rehfeldt is pretty much a master of this fine art. A re-working of JT’s Suit & Tie popped up recently and I couldn’t help but smile – cut with Timberlake’s own vocals and a chopped & screwed video to make it all the more enjoyable. Bang your head.” – Adam 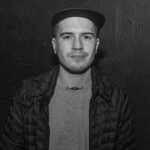